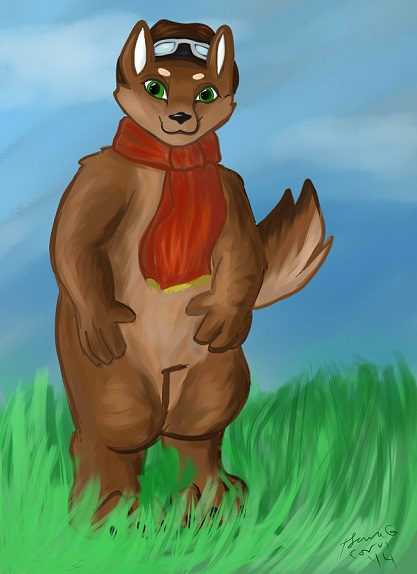 'Get to know me' meme

What's your natural hair color?
Light brown or dark blonde. I can't even remember, I've dyed it since I was 15.

Are you single, taken or undecided?
Taken, long-term relationship

What do you do in your sparetime?
Computer games, draw, origami, look at birds

What's your job or occupation?
Um, currently I'm halfway through a PhD looking into aphasia, which is a language impairment after stroke. I've spent so long learning about language and brain stuff and I still know next to nothing!

What do you like about yourself?
I'm constantly amazed at myself having got to where I am now despite going through a seriously terrible childhood, close friends will know what I'm talking about.

What do you dislike about yourself?
So much. But if I had to choose, it would be my lack of discipline with myself and the way I procrastinate.

What did your friends notice about you when they first met you?
Probably that I'm just really shy, though I'm working on that lately. Apart from my friend Sci, who I first met when he approached me in the pub and commented on my 'excellent bone structure'. He's not a perv, honestly.

What is your belief/religion if you believe in anything at all?
I just don't care about religion. A lot of people, especially in science, tend to be virulent atheists who spend all the time ranting about how false or illogical religion is. I believe that too, but in the most apathetic way possible.

Do you drink?
Yes occasionally, I like malt whisky (I lived in Scotland for a while), wine, and cider.

Do you smoke?
No.

What are your major fears?
People I care about dying, which has already happened to me. Being permanently alone, though I need to be alone from time to time. I'm also afraid of having a stroke or some other neurological disorder and getting locked-in syndrome. Oh yah and deep water, I can't swim. Yup, afraid of lots of things.

Do you have any dreams or goals?
I want to pass my PhD and get a stable job where I'm happy, and to own my own home. I also want to learn another language, and generally just get better at something creative.

Have you ever had a crush or an ex?
I think this is a typo, but both, I guess

Who's your best buddy?
Zuki, Sci, Al (partner), my friend Jo from uni

What's your favorite drink?
Tea and cherry coke (not together...)

If you had a super power, what would it be?
Being able to stop time so I can have loads of naps/get stuff done, except not age during those periods, because I would abuse it and suddenly turn into an old lady in front of people's eyes.

What's your least favorite food?
Corned beef, it's like cat food, and Al loves it...

What's the last meal you want before you die?
A Domino's pizza with like, super extra cheese and craploads of bbq sauce

What do you drive and what would you really like to drive?
I don't have a car, and I know f all about cars.

What is your most disliked bug?
Umm, anything parasitic, ticks, burrowing worms, that kind of thing.

What pet peeves do you dislike the most?
Parents who just let their kids misbehave and make everyone miserable in public, cruelty to animals and vulnerable people, and less seriously people on online games who spend more time insulting you than actually playing the game.

What do you dislike in life?
I dunno. Maybe all the crappy people.