Schism - The Feral Pet by Corgi-on 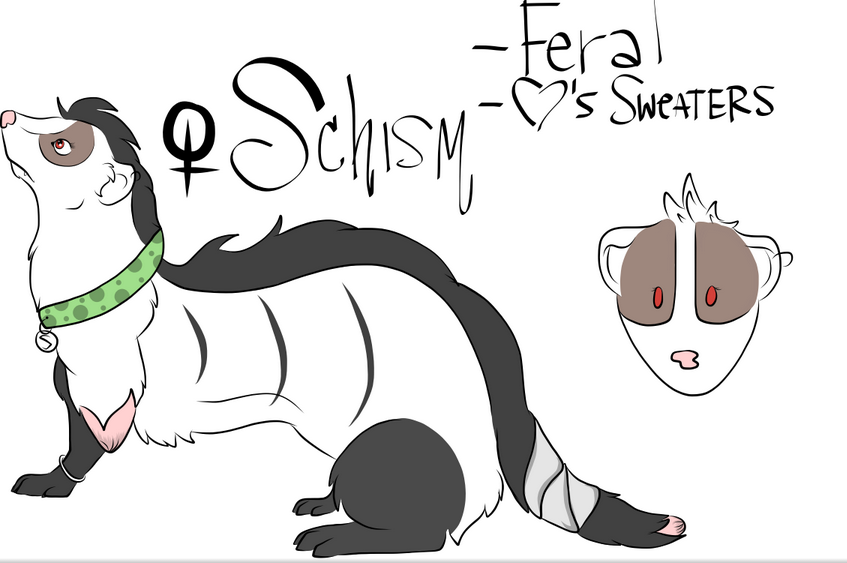 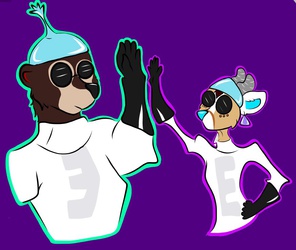 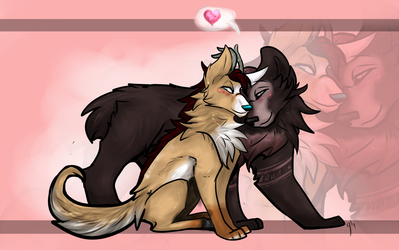 Schism is Staley's pet ferret that Lochness loves to dress up. Poor Drest has to listen to his own pets bicker about putting clothes on the damn thing. The three of them are in a polygamous relationship.

"Don't you fucking dare." Staley growled at Lochness, her fists clenched.
Lochness glared over at the deerdog as she stroked Schism's fluffy back. "She likes them." Nessy snapped as she slipped the sweater on to the ferret gently. "Don't you Skizzy?"
"STOP CALLING HER THAT." Staley yelled as she tossed her controller across the room, which caused Drest to sit back slowly with his own.
"Is this necessary every time?" He asked, shaking his head. "She always gets her way in the end, Staley. Give up."
"NO. Schism is MY ferret god damn it. She's not a purse puppy! Ferrets don't wear sweaters!"
The ferret glanced around curiously and said nothing because she is a ferret.