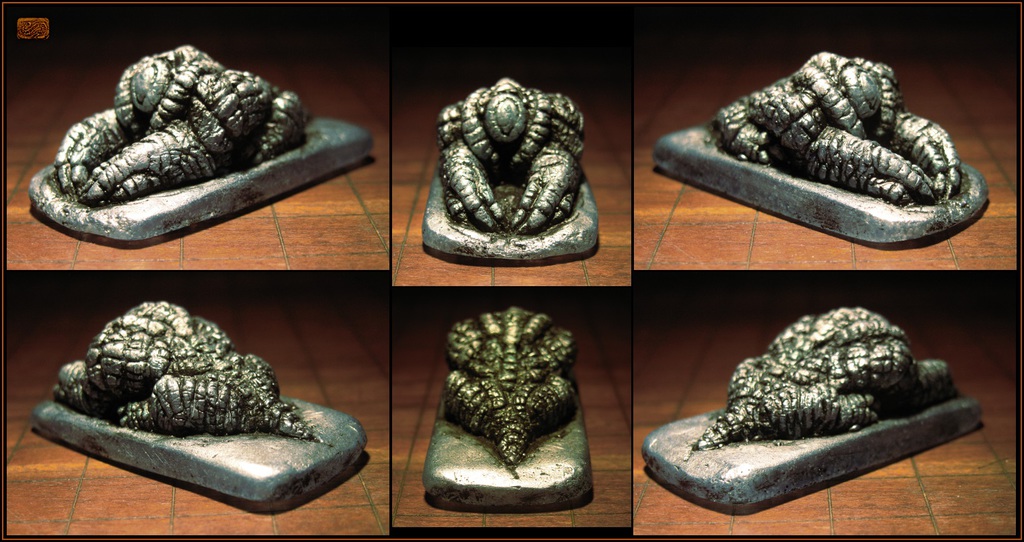 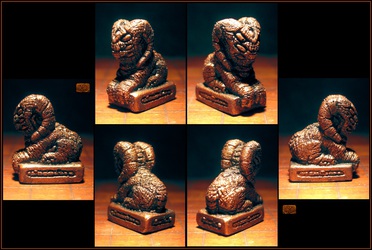 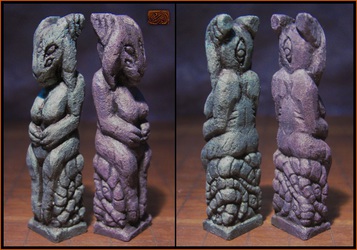 A translucent metallic icy blue/green/silver resin cast of a monster I carved from stone. 1" high and 2" long.
First time using this combination of resin color and metallics. I don't get to work in many colors for most of my casts so it's nice to have some that can be any color and experiment with them.

It resembles a sphinx but only in posture. Its short body slopes upward in squamous ridges from a stub tail to a large forward-facing eye set in an orifice between the shoulders of its massive clawed forelegs. It rests on a low flat slab with a smooth surface that contrasts its rough hide.

This was a recent personal piece for practice, taking a break from Cthulhu idols, and letting my mind wander and create something new. To me it looks like it could be either a miniscule thing like a tardigrade or an enormous monolithic creature. After making it I drew up some concepts for similar creatures that I'd like to sculpt.