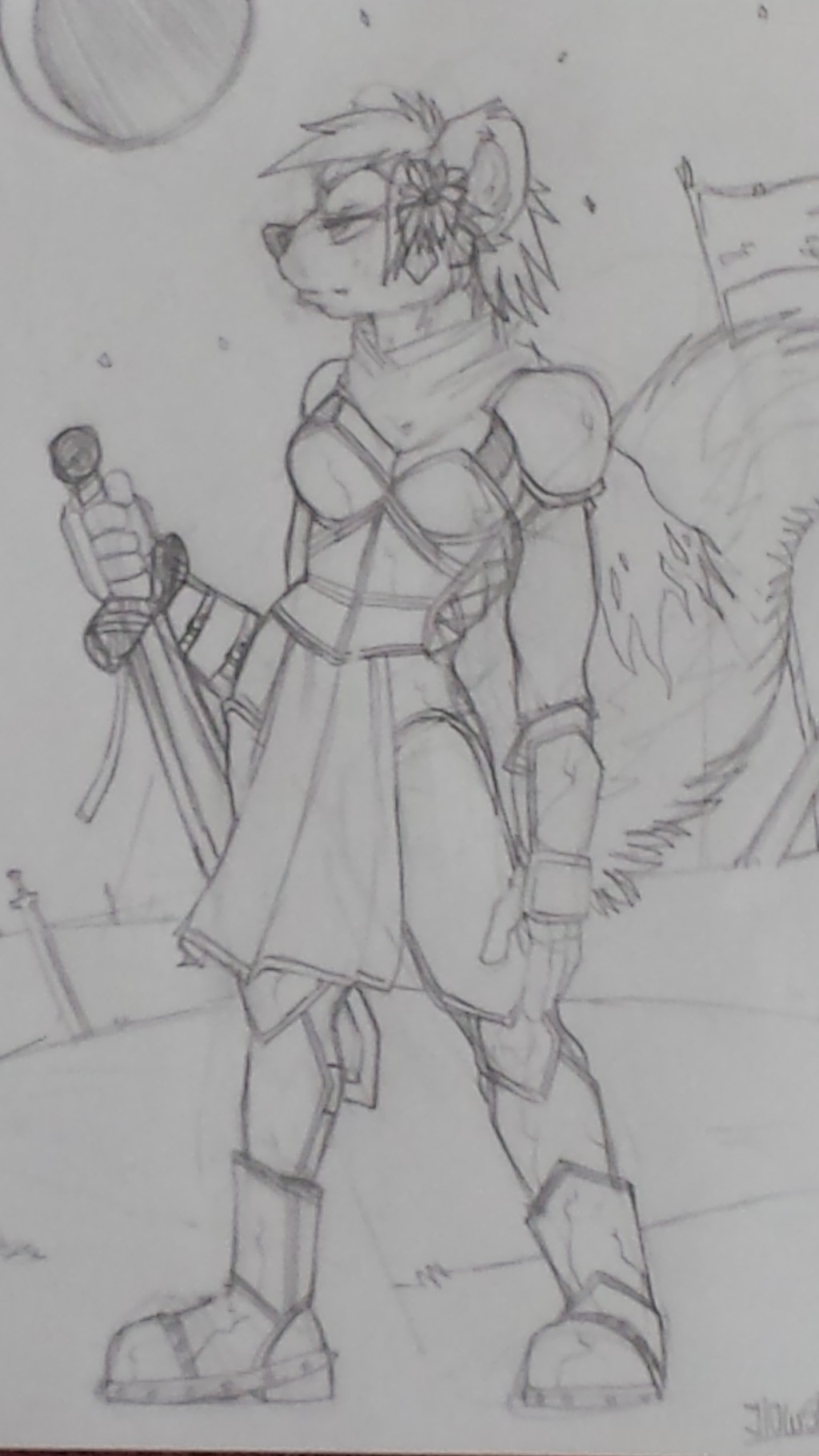 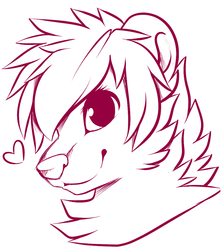 There are two parts to Sylvannah, her modern self and her medieval self. They both lead similar, yet divergent lives. While modern Syl is a combat medic, medieval Syl is a straight-up knight. Both are born of nobility and have similar personalities but that is about where their similarities end.

Here we see Sylvannah surveying the layout of the battlefield after a day spent fighting. This is a WIP I had Glowsheep start for me at FangCon in 2014, with the idea that he'd finish it at FWA 2015 by adding color. I had to take a photo of this because my scanner died, and FWA is tomorrow. lol.