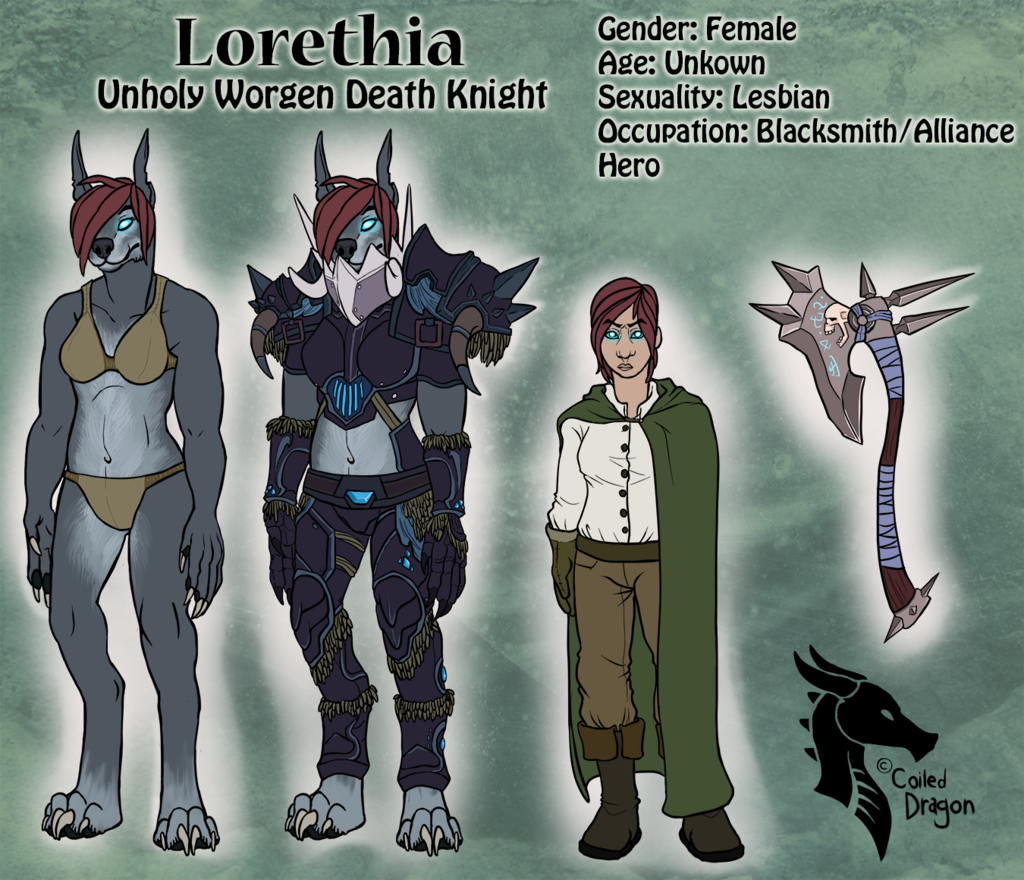 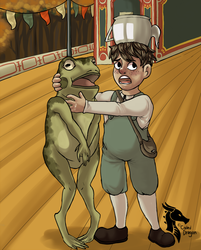 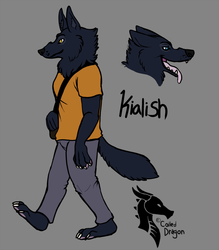 A reference sheet for my Worgen Death Knight character I play on World of Warcraft :) She isnt my main and she's still like. Level 70 but I love her so much and want to write some stuff with her too at some point...

I'm really super proud of the armor; I took 6 hours just for the lines of her armor as it is <3 and it was worth the effort :) She doesn't normally walk around in her human form, aside from when she's trying to conceal her being a Worgen and a Death Knight (primarily in the beginning when Death Knights were first being integrated into the Alliance and Horde). She's haunted by the ghosts of what she did under the Lich Kings power and often dwells on the past when she knows she shouldn't.