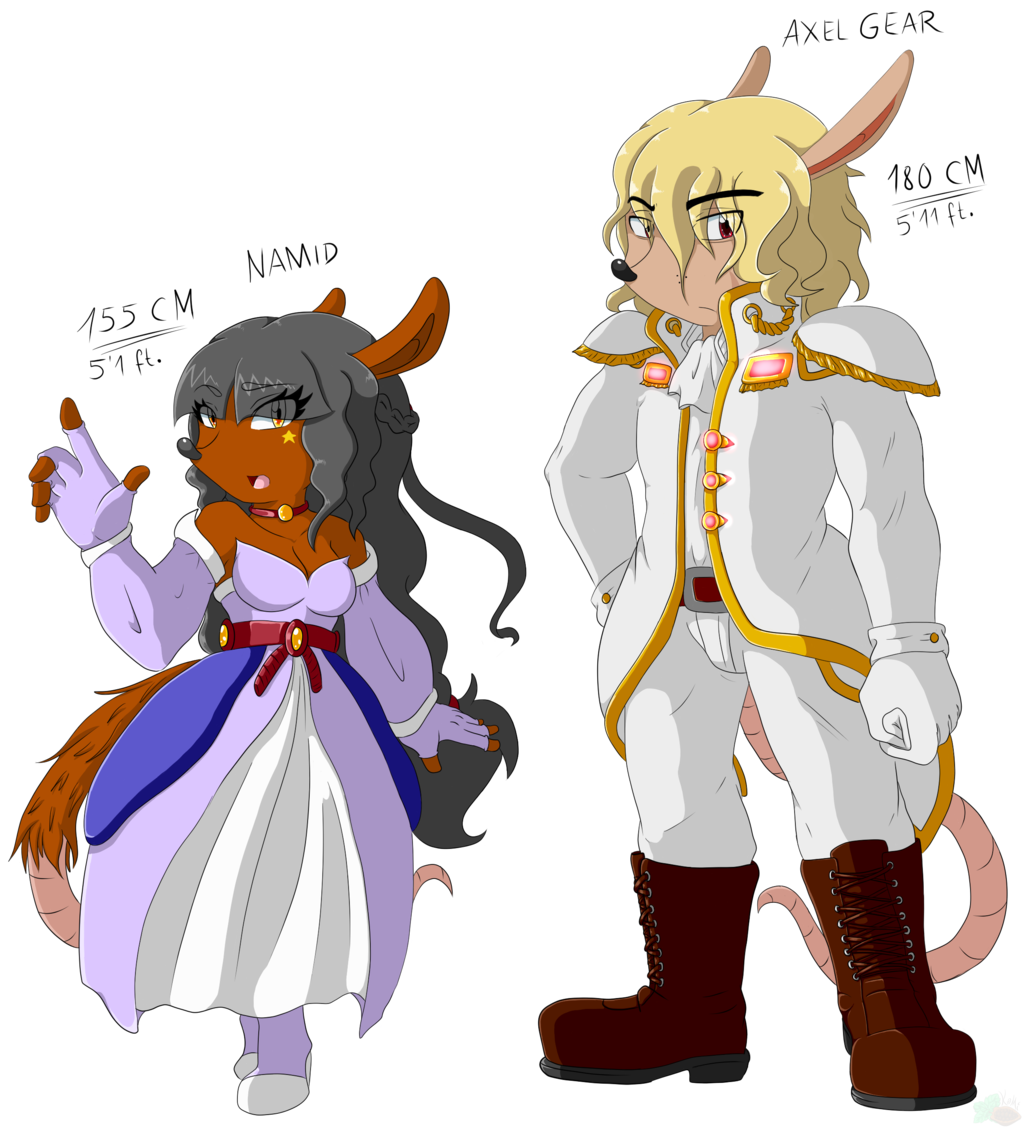 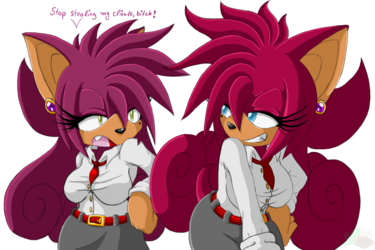 Axel Gear and Namid in (Zephyrian) noble clothes. It also showcases how small Namid is compared to most Zephyrian/Eginasian/Oppanese opossums.

I changed a few things on Axel's costume that I was giving him 1-2 years ago.
The LED lights are red instead of blue, and I added some shoulder pads.
The swallowtail of his jacket is looking a bit "thick" on the back because he's hiding a small knife behind it for self-defense.

Namid was a bit harder for me to pick because of the colors. As a dark-furred type, there's quite a large selection.

In the end, I decided to stay with purple/dark blue/red/white/yellow to keep it simple but still letting it look like she's from the noble class. Thanks to MetalByakko who suggested the dark blue that gives the slight illusion of being purple.

Her dress is shiny, as it is made out of silk.