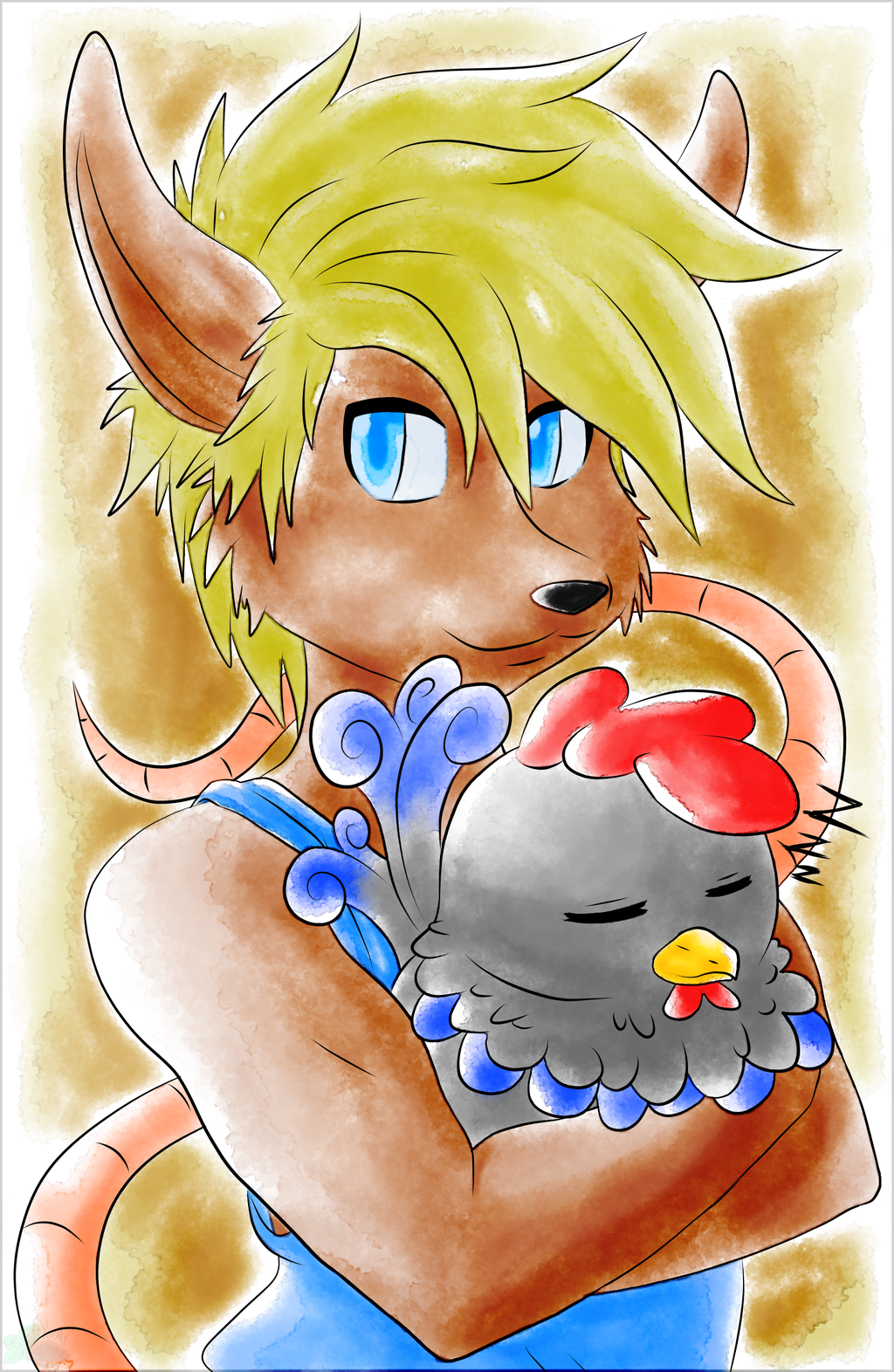 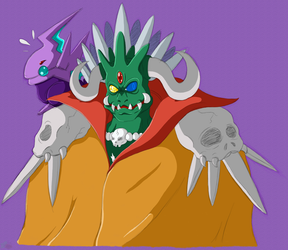 I bet you're all getting tired of me drawing Rocket Knight and the billions of crossovers that I'm having inside of my head.

Actually this was more some sort of experimental thing, as I tried to use the watercolor technique in Medibang Paint Pro for the first time.

It's not perfect persay, as this was my very first attempt, but I think it looks decent for what it is.
I might have taken the wrong resolution and brush sizes here and there but, hey, I can only get better by using this technique more often!

So yes, this is Sparkster and his silkie hen, Gutfried.
Sparkster was depicted as a farmer in the 2010 Sequel game, and for some reason he seems to be quite a chick magnet rim-shot
It doesn't really help that he had his own personal chicken friend in the Mine Cart area of Rocket Knight Adventures.
Also I love Harvest Moon/Story of Seasons.

Silkie chickens for the win!