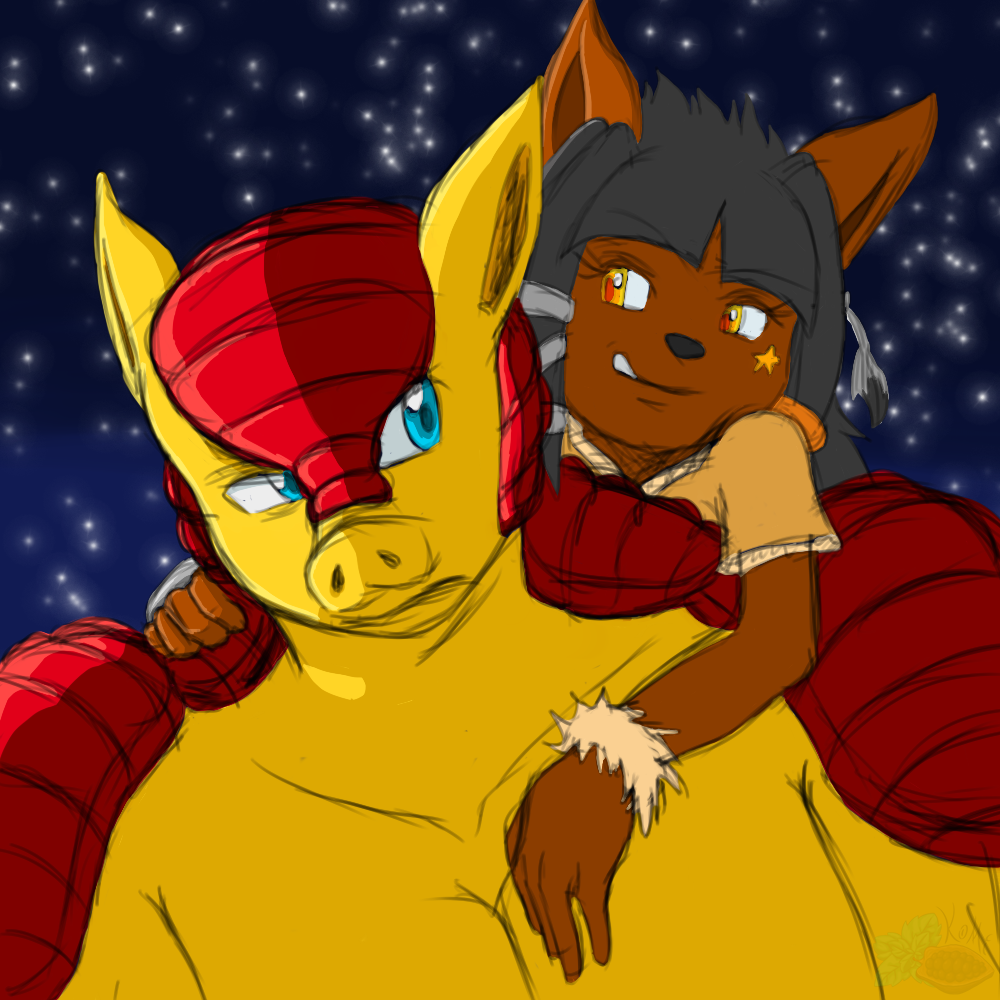 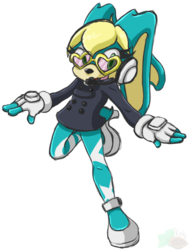 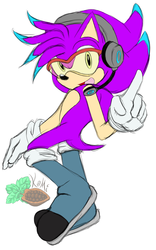 While it's more commonly known that the races in the Rocket Knight/Sparkster Franchise are more likely to start wars for all sorts of reasons these two come along just fine.

Armor was growing up in Brickville together with his three brothers and his parents.
Namid was born in a tribe of native Opossums. They were known as the "Sowara".

During the great war between the Kingdom of Zephyrus and Devotindos Empire the Sowara Tribe was nearly entirely destroyed and killed.
Namid, her brother Dohate, her parents Zonta & Adahy and her grandfather Keme were just a few of them remaining and decided to live their lives as Nomads.

During their travels the nomad family arrived at Brickville. The town was at the mountains at the border of the Kingdom of Zephryus and the Devotindos Empire and was the first city conquered by the Empire. The city, which had mines full of many ores and jewels, was forced to provide the Empire with resources, but after the war the citizens were able to drive the rest of the Empire's army out.

One family living in this town were the Maguerreros, a family of armadillos. The patriach of the family was Mando, the owner of a rich mine, and had a wife by the name of Agatha. Together they had four children: Guanto, Casco, Armadur (Armor for short) and Tornil.

Armor met Namid when she sneaked into the town to explore it and they soon became friends with a strong sibling-like bond. Since the Maguerreros were strong in body, spirit and also very tight knitted like the nomadic family of Namid, the two families formed a strong bond with each other.

After they grew old enough and Armor mastered his apprenticeship as a blacksmith and mechanic they both decided to follow the ways of the "Rocket Knights" and "Black Knights".
The war was leaving its marks on everyone affected by the constant attacks of the Devotindos Empire.

Since they weren't recruited by Sparkster or Axel Gear and thus were never knighted they call themselves "Freelancer Knights".
They follow their own rules and team up with anyone as long as the payment is worth the hard work.