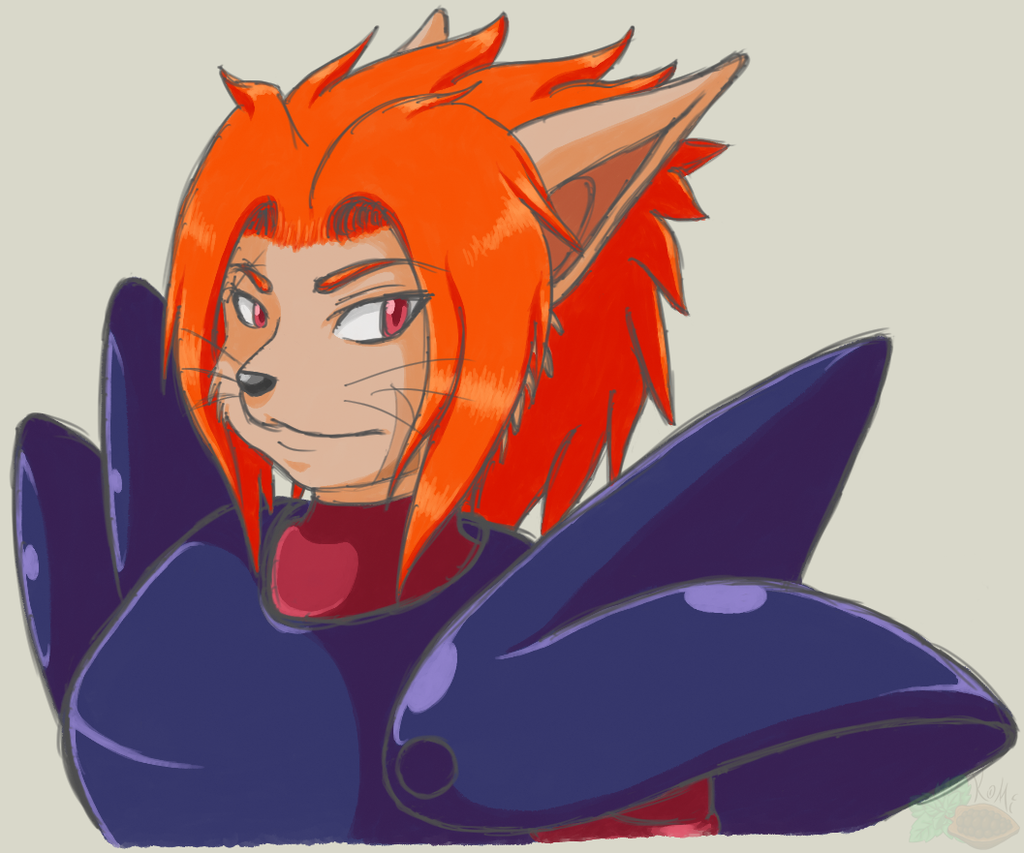 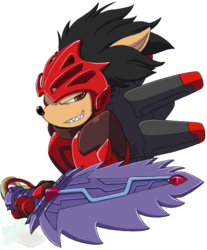 After the final fight with him the visor of his helmet gets destroyed - revealing that he has orange/red hair.
Probably my favorite scene with him as it was the first time that we were able to see him without his helmet/visor.