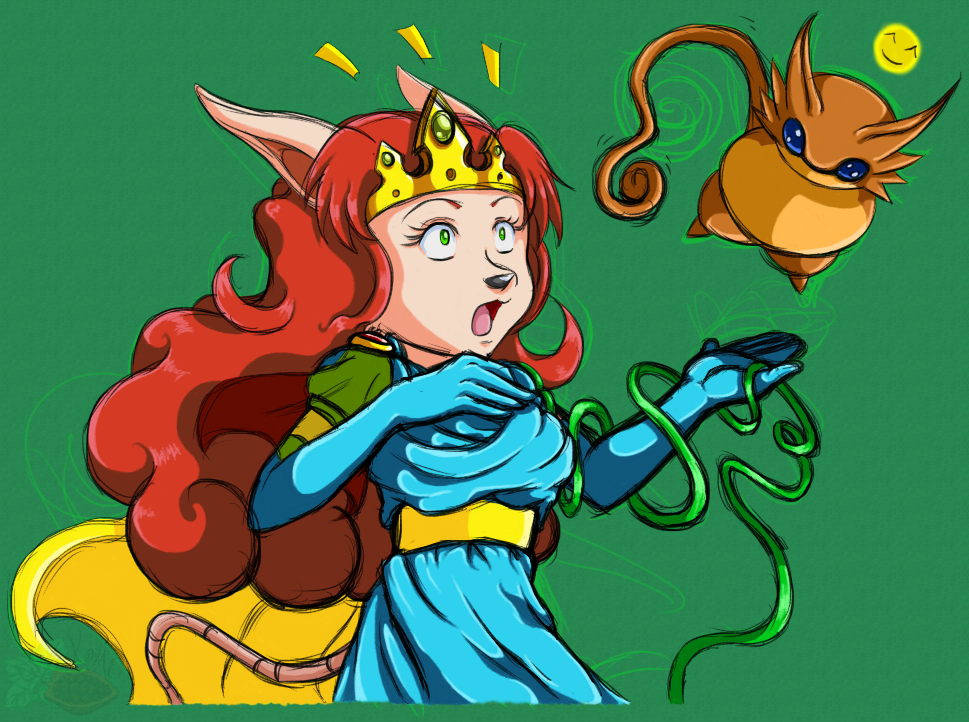 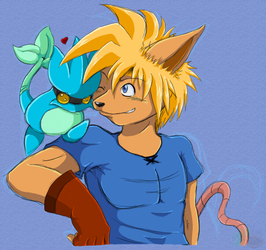 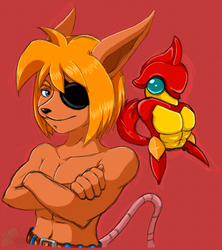 Princess Flora, daughter of the ruler of Kingdom Eginasem. She's featured in the SNES Spin-Off installment Sparkster (her sprite colors were wrong, though).