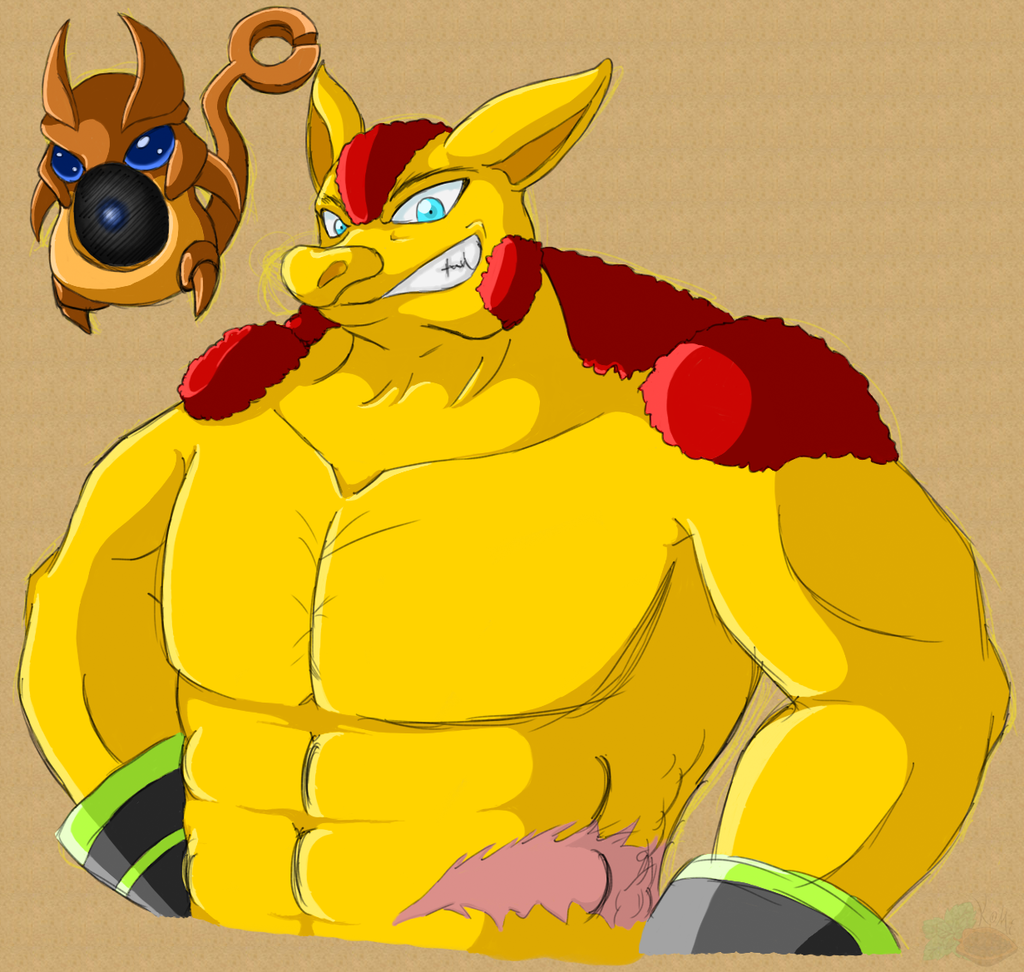 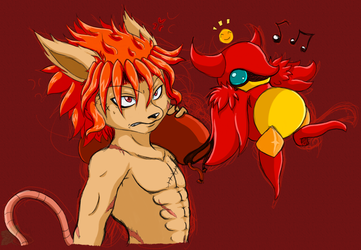 ~ Character Information:
Name: Armadur Maguerrero / アルマデュラ・マゲレロ Armadur Maguerrero (JP)
Nickname/s: Armor (by everyone), big fella (by Namid), big guy (by Sparkster and Axel), Mr. Strongman (by Priscilla)
Age: 21
Species: Armadillo
Gender: Male
Attitude: Good
Adept Type: Venus
Place of Birth: Zephyrus, Brickville Village
Current Residence: Kingdom of Zephyrus
Member of: Zephyrian Knights
Class: Brawler
Job: Blacksmith
Weapons of Choice: Bare fists, brassknuckles, gloves
Description: "Armor is the big strong guy of the group. While he is a patient guy, he isn't afraid of saying directly what's on his mind. He is kind, but likes to brag. His jobclass is the blacksmith and he has the position of the tank. He is behind Axel in terms of dealing damage, but he is the most resistant of the group. His biggest downside is being the slowest of the group. His psynergy concentrates on dealing a lot of damage, with a little bit of healing."