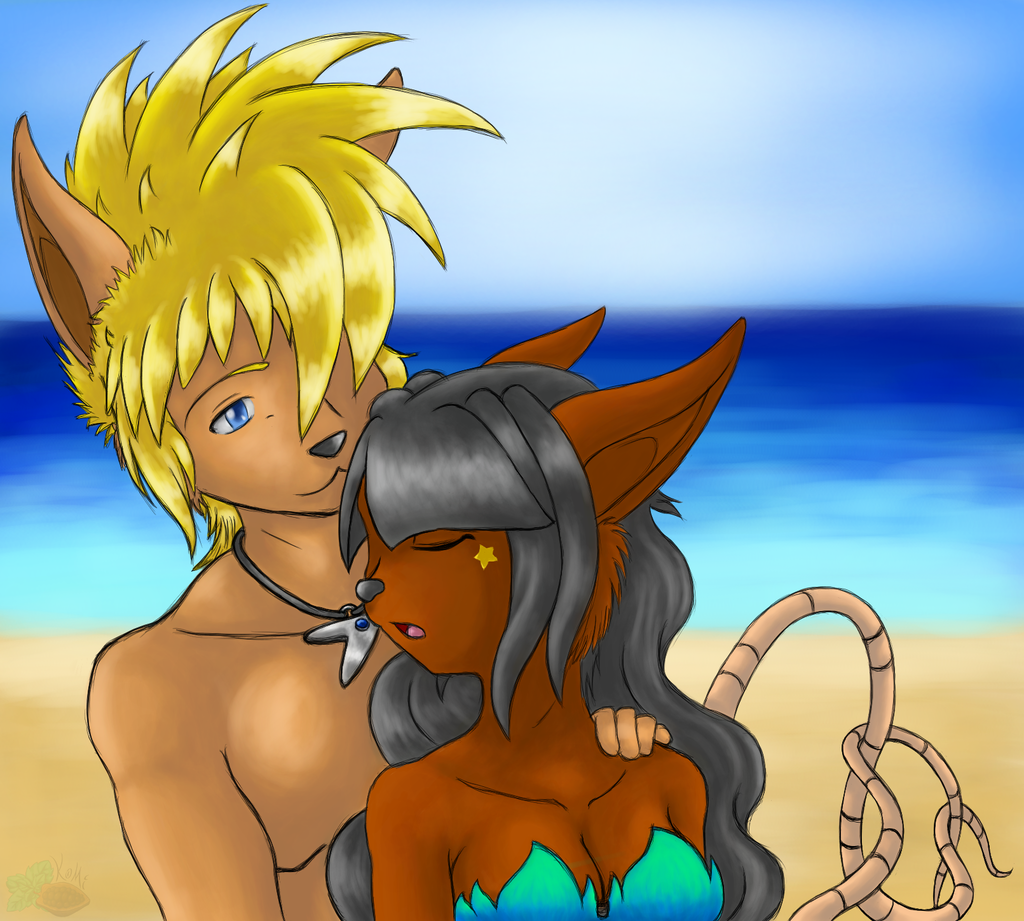 Full Title: Sparkster x Namid :: A Cozy Moment Together At The Beach

Finally finished! Urgh, it so sucks not having your own Computer to work on...
I drew this sketch near a week ago and decided to redraw and color it digitally - Well, that's the result!

I used a program called "MediBang Pro" for this picture which is some sort of mix between Photoshop and Manga Studio 5. It's still in a very early state so it appears pretty empty, but I'm pretty sure it will get better over time. Oh, and it's absolutely for free, too! I'm more than astounded of the results that I've got with it.

Long Story short about this picture:
This picture takes place in an Modern Timeline within the Rocket Knight Franchise.
Yupp, no Knights at all, no wars, no kingdoms to protect! Simple "Slice of Life" stuff. Why? Because of a good change in pace that I needed.

Okay, there would be too much to list up so I shut up now.

The picture itself... doesn't really have a story.

One could say they just chill at the beach and Sparkster is comforting Namid because the day was messed up for everyone for some unknown reason, but the necklace Sparkster is wearing was a gift by Namid within the time where they already are a couple. Urgh, just stick with the idea that they are a couple in this work so the necklace makes some sort of sense...

Okay, it's officially 4 P.M. my time, I was staying up all night to finish this picture - I need a serious break and some sleep, I don't care if it's day time! XD