It was a day unlike any other, it was the day Linda the Snep was looking forwaRd to a LONG time... her childhood friend, Nabile the Ixi, was giving Linda her old clothes!! But, something was off about the clothes... they were cursed! Nut, neither Nabile nor Linda knew what was about to happen!

"Squee! It's the day I waited for so badly, thought the poor, innocent snep, unaware of what was to come... Knock, knock! "That must be her," thought Linda to herself! She excitedly rushed down the stairs and opened the door to be given the clothes, veil, shoes and everything! "Let's see how they look on you," Nabile said eager to know what will happen! Linda took the the clothes with her and changed into Nabile's outfit! "It fits like a glove," Linda smiled excitedly! Just then, a hissing sound was heard... "What's that hissing sound," Linda asked? "Dunno, but, it's creepy," retorted Nabile, straching her head! "Uhhh, Linda? Do NOT look down," Nabile said with a scared face! "What's that supposed to- OH, MY GOD!!"

Linda was slowly inflating, much to her surprise. Nabile trying climbing the inflating snep only to have her own tummy hiss with air filling it! "What do we do now, Nabile?" "I wish I knew..." The girls kept inflating until they were the size of one hot air balloon! They didn't stop inflating there, though... they kept inflating to the size of 2 hot air balloons combined, then 3!! THe hissing slowly stopped... "I think it's over," said Nabile... "Not yet," remarked Linda... the whole town was laughing at poor Nabile and Linda as their misfortune was hilarious to the townsfolk, but, unbearable to Linda and Nabile... then one final gasp of air filled their tummies and then came a loud, cartoony "Pop!" The poor snep and Ixi were blown away to a far off destination... when they landed, their eyes were spirals, dizzy from the huge ammount of spirals their tummies made them do... what is to come of them? 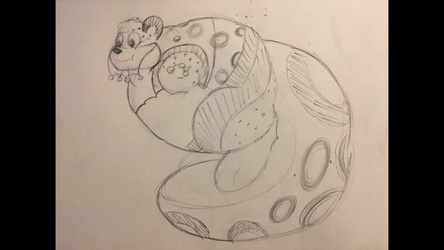 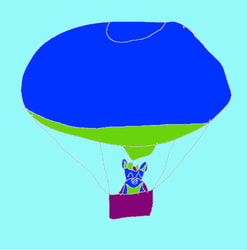