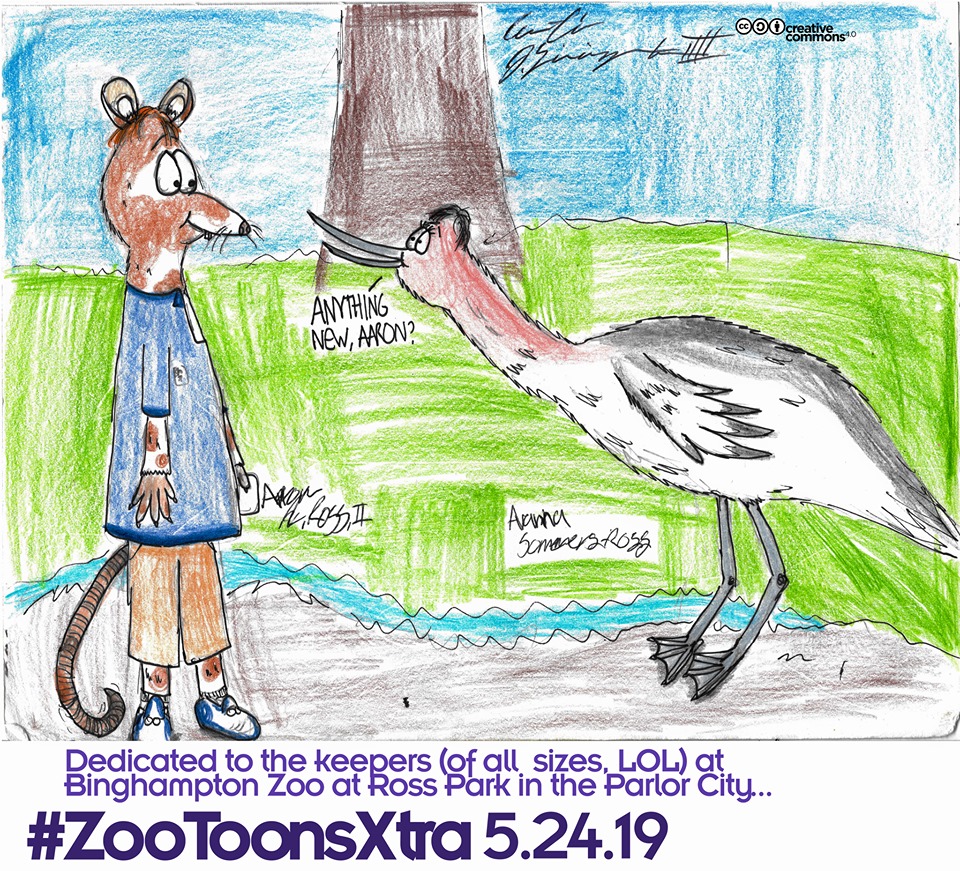 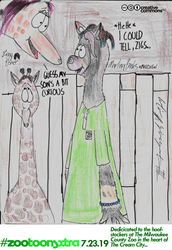 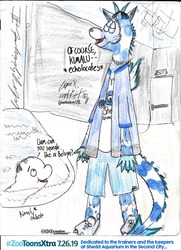 Another National Zookeeper Week panel, dedicated to the Binghamton Zoo at Ross Park, America's Fifth Zoo, with two of my new OCs, Aaron and my Avocet OC, Aranna...
--Curt L.

"Being NY's 5th smallest keeper, I could meet more of the smaller residents that live in Ross Park and Aranna is one of those same-height Critters that I care for."

"Aaron is one of those one-of-a-kind keepers that can be around for anything, even for my older sis, who also lives on the habitat near the center of the zoo with the Geese (Yet Aaron isn't afraid of the Snow Leopards, knowing he's a Rat...)"