A Big Kiss by Chu 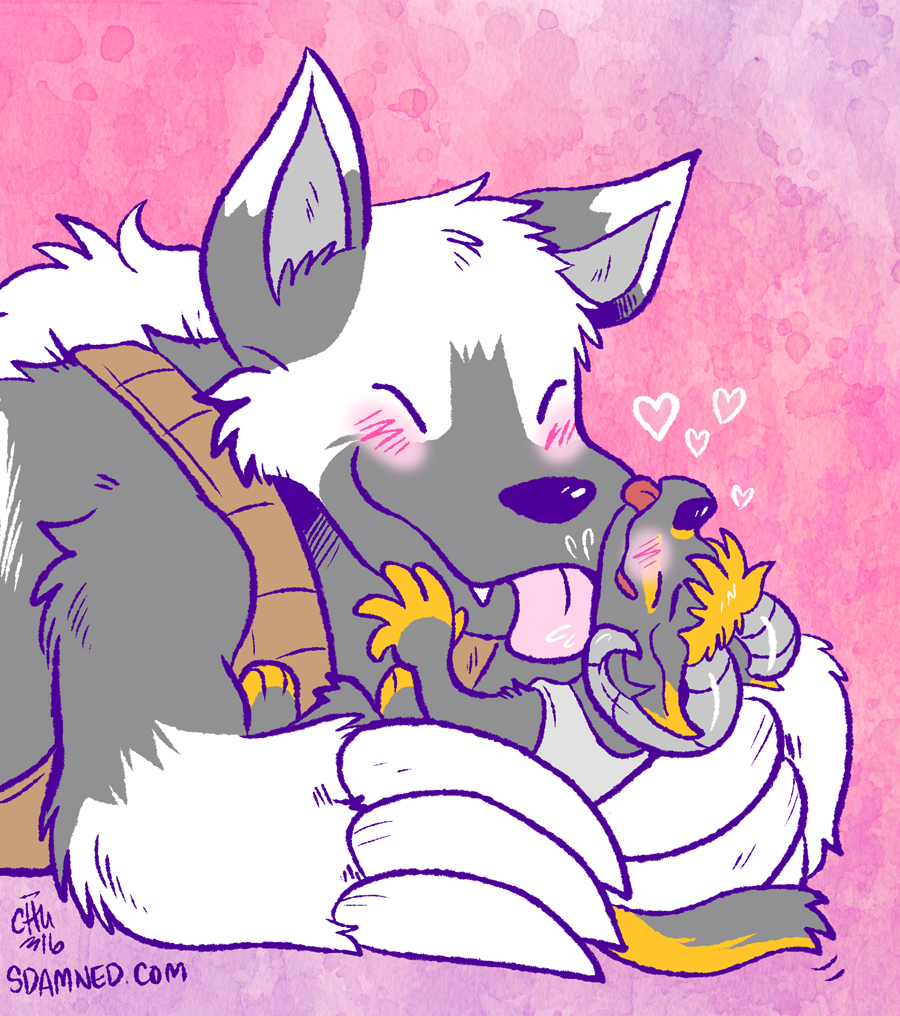 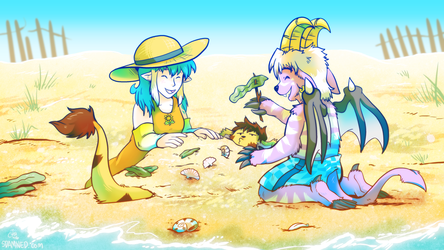 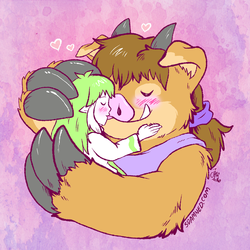 I’ve encountered a lot of resistance to my announcement that these two are in a gay relationship with each other because it isn’t “justified” in the comic yet. Ignoring how dumb it is to demand that, Azurai and Iratu being together really hasn’t been explicit in the main comic yet. That’s because I had been on the fence about going through with it for many years, and only recently decided to commit. Saying it doesn’t count because I didn’t “prove” it to them earlier is stupid.

I plan on letting their relationship become clearer in the comic gradually over the coming weeks, but in the meantime, there’s no harm in drawing whatever I want and having fun doing it!!
This one’s for Zalcoti, who wanted to see them being “ultra cute and cuddly”.