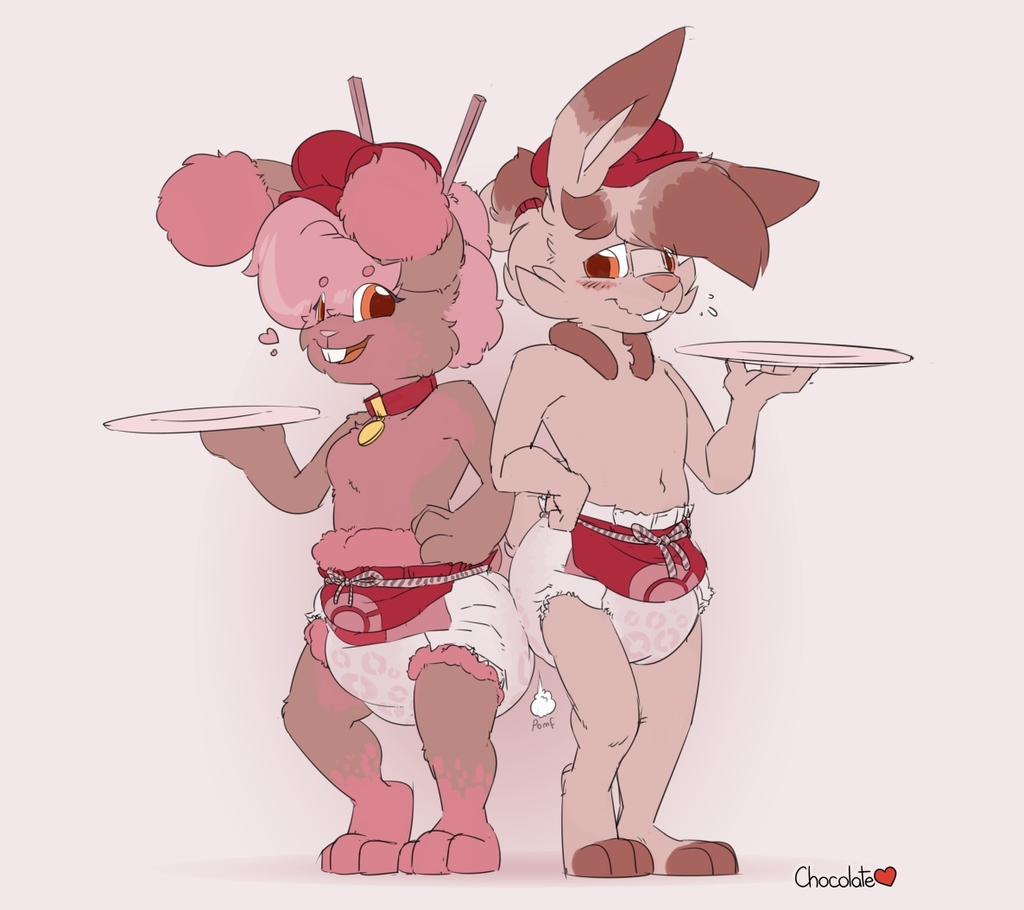 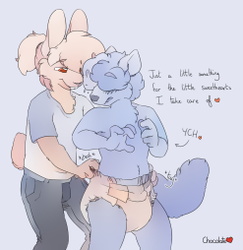 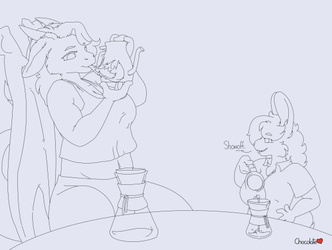 This art was funded by my generous patrons. You can see my artwork a month sooner by pledging to my website!

The 7th of July is International Chocolate day, and I decided to celebrate it in two parts by treating myself to some art of my fursonas in appropriately fun situations.

This was the result of the second part. Should come as no surprise that it was diaper-related.

Next up was the idea I'd had bouncing around my head since I picked up Pokémon Cafe Mix on Switch. It's a cute little f2p puzzle game; nothing particularly special, but it's got a lot of character. During its launch it featured a brief period where you could recruit a scorbunny as part of your staff and, well...

I felt obliged to do something with it.

NB: Although I wasn't deliberately meaning to imitate it, I think it's safe to say that this was at least partly inspired by LilChu's Smol Café idea. However, both ScorChoco and RuBuneary here are sporting the Pokémon Café uniform with some "special-purpose accessories" themed to match.