Catalog of Hypnosis Methods 3 by ChocolateKitsune 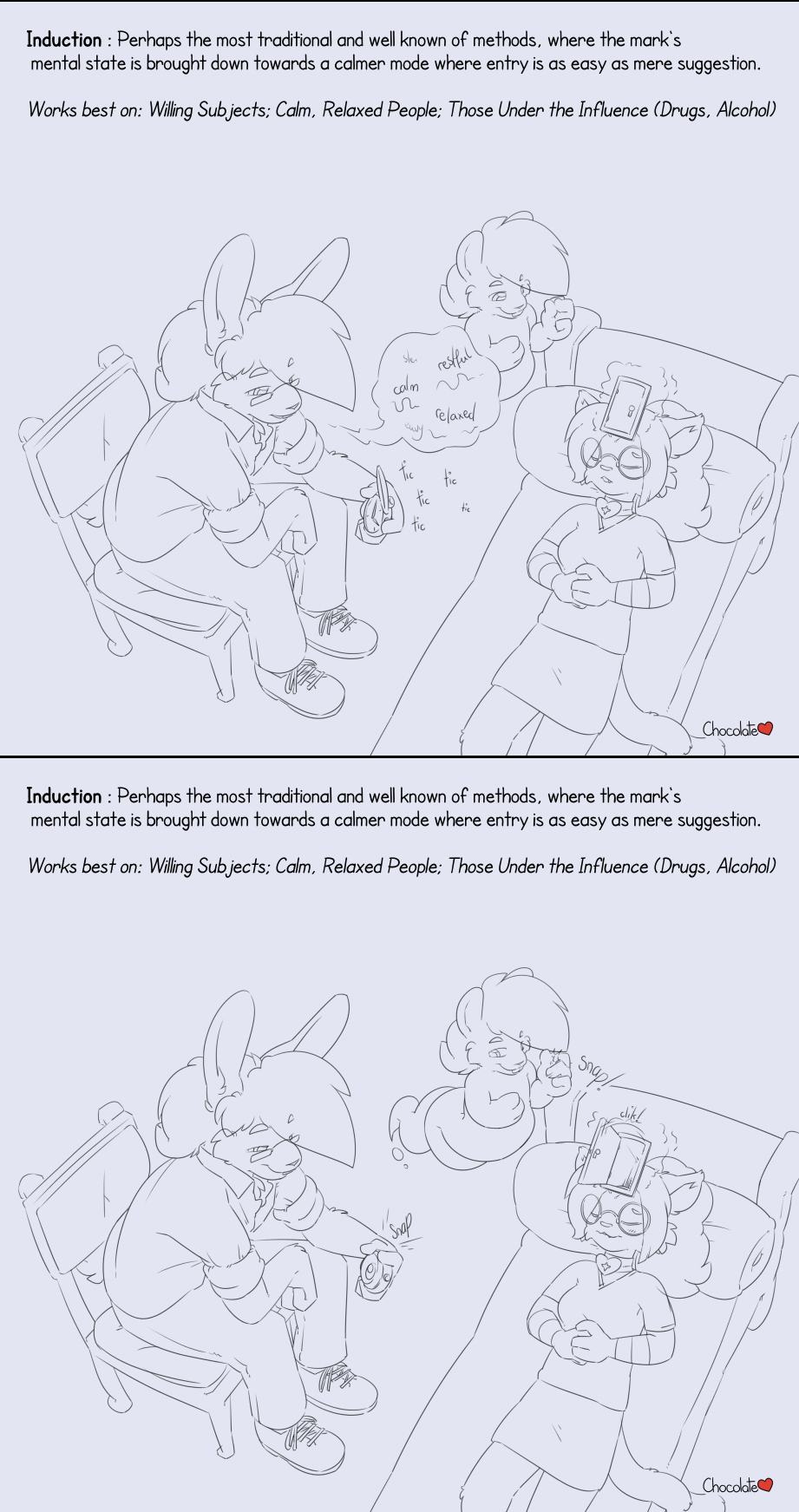 This art was funded by my generous patrons. You could have seen it a month sooner by pledging to my website!

Shortly after I finished the comic "What am Chocolate," I'd been wanting to explore Chocolate's abilities in further detail. It was much easier for me to design more complex aspects of character lore and worldbuilding once I'd gotten a solid foundation established. It let me spend less time keeping all the more basic facts straight in my head, while also making it more accessible for you guys to follow along, understand, and enjoy.

As the title suggests, this image set describes and illustrates the various methods with which Soul Chocolate gets into others' heads, whether by itself or with the help of a host. Rather unsurprisingly, it ultimately all boils down to propagating itself via thoughts and ideas; however, there was a lot more that I wanted to incorporate into the process beyond the usual tropes.

The most obvious direction I can go from here is showing off more of what Chocolate can do after he's gotten into someone's head. Perhaps I've been doing a lot of that already, now that I think about it. <3

This project was in progress since the very start of 2020 and finished around the end of April, and it's such a relief to have it polished up to a state where I feel satisfied enough to ship it. Now that it's done, I hope you'll find it fun and interesting to go through.