Fragance of flowers by chiltikcoatl 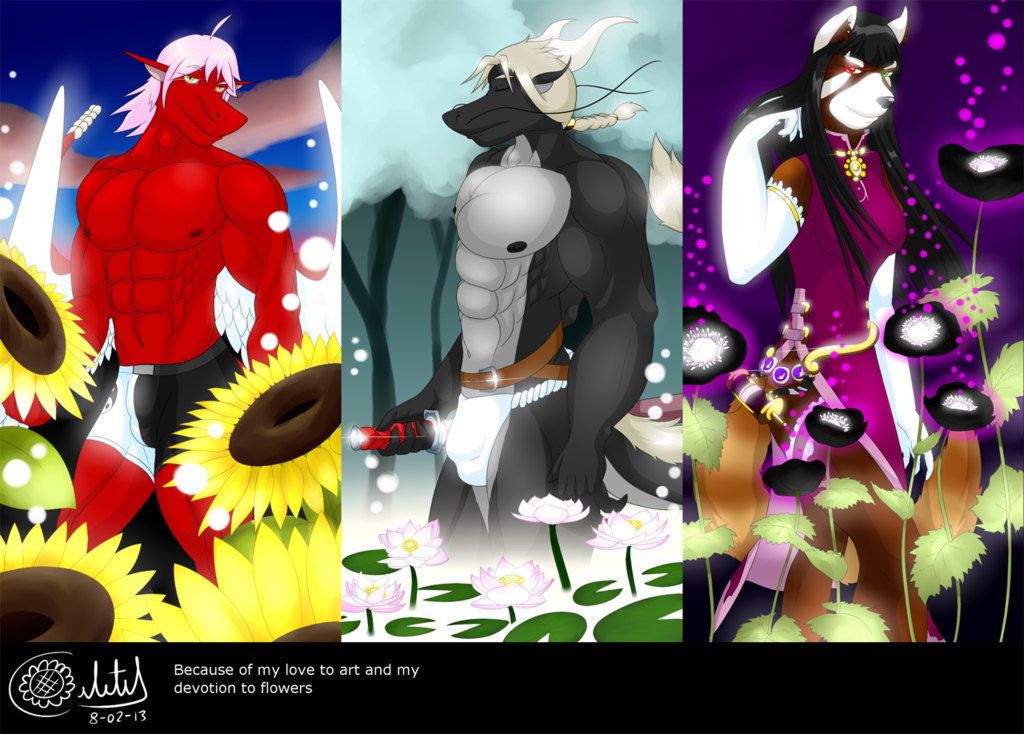 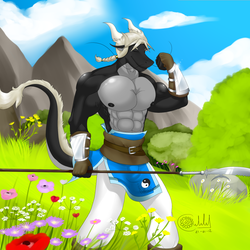 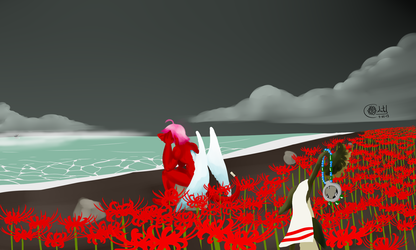 I've decided to make three pictures into one rather than a "series" of three pics this time, though when I have a full portfolio I might display them as separate pics. Okay now:
· On the first panel we can see Chiltikcoatl and sunflowers, the sunflower meaning is loftiness as it is the flower, it's size and height.
· On the middle panel we have Dei-han-long on a pond with many lotuses, these mean purity, as it is it's color that is white with a faint shade of pink.
· Finally on the last panel we have Kanako with some death poppies (a flower that doesn't exist in the human world) and I've given it the meaning of "oblivion".

The death poppies on Kanako's panel, papaver mictlacatl were originally a flower only found at certain places of the netherworld (specially the Ellyseum) but they're as well very abundant and endemic of the Slumber valley in Tlapololotlan. This flower's sedative sustances are so concentrated that the flower releases those into the air...which as well have an unusually delicious fragance. It's more a truth than a myth that if you take a nap in the slumber valley you will sleep for all eternity.
Herbalists use this flower to make a powerful anesthesia.

Now, specially in this three pics I've been working hard on the "bloom effect" but I don't think I got it right, as well as I'm improving on my shading and backgrounds, been getting much better at muscles and as well on expressions; as well Kanako appears fully dressed unlike Coatl and Dei...but notice...that she ain't wearing tighs
This might be of my last works for a long....long time.