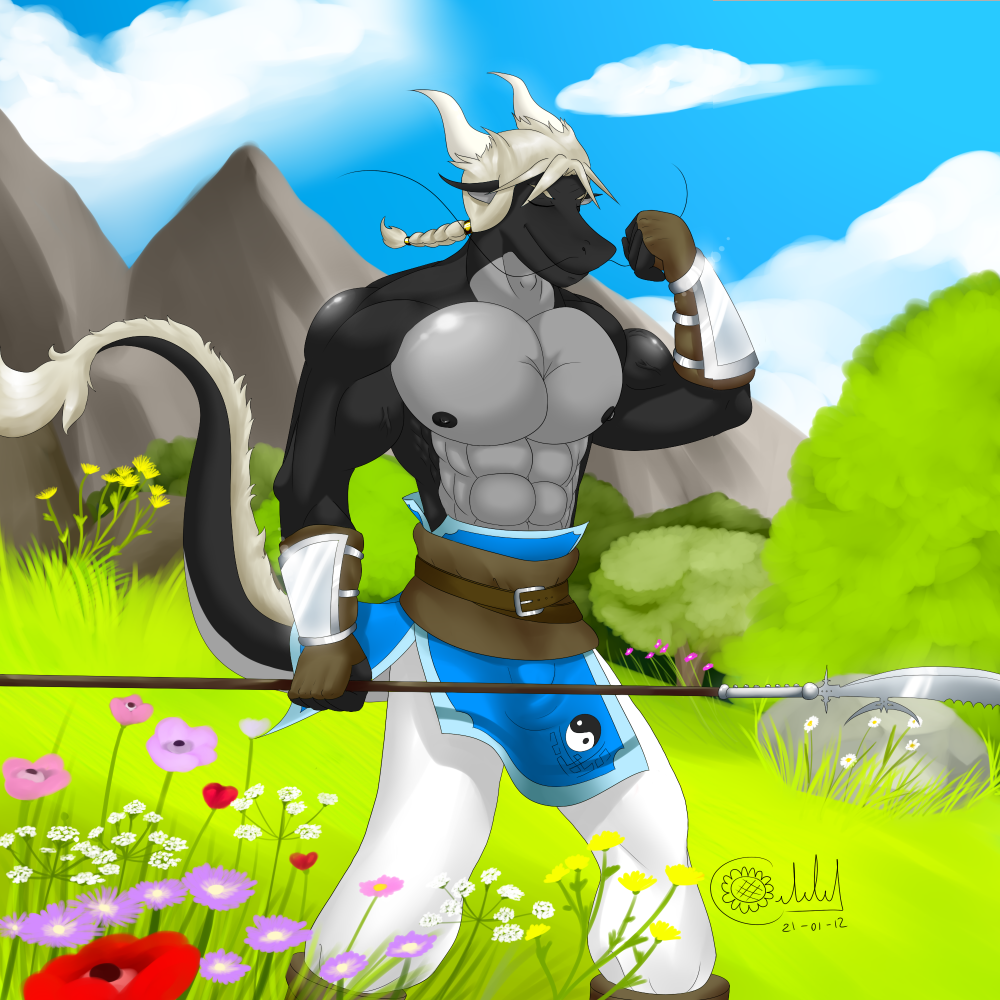 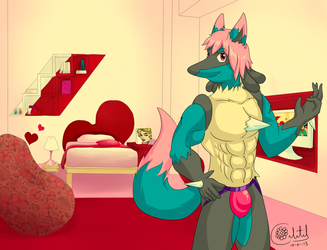 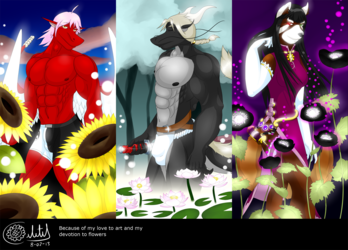 Decided to re-write him and having him as an ally of the Hanakishi order rather than directly a monk, though he pays several visits to the Hanakishi temple being an important holy place; as well as he's an enlighted master generally traveling.
This valley despite changing constantly never loses it's beauty, which makes it Dei's favorite place to meditate.

Now for the technical details, I've sustancially improved compared to other pics involving landscapes, as well as with clothes and polished metal, and I've finally managed to draw in a better way Dei's muscles and he looks manlier if you look at his facial traits...as well he's flexing ;P
I've managed to make a more decent background, better looking mountains, trees, and I simply like flowers, sometimes the most beutiful garden...is that of many diferent wild flowers.

Will be posting a higher-res copy on a future deviant-art account along with other pieces, here on FA I'll submit just the ocasional clean and adult pic...and comissions.