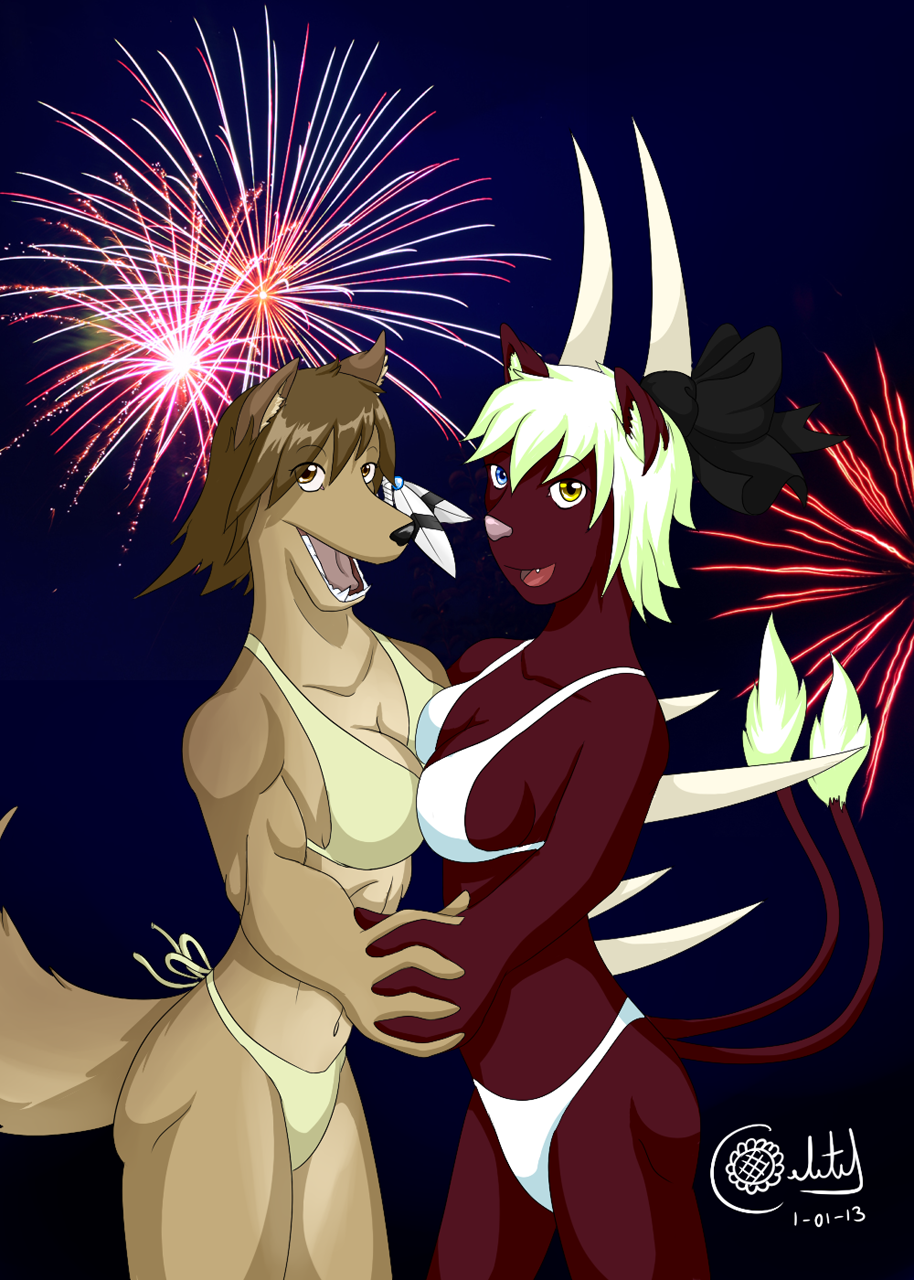 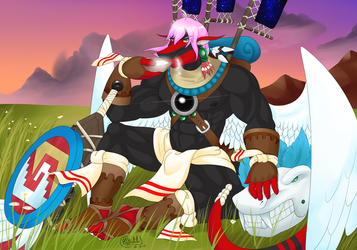 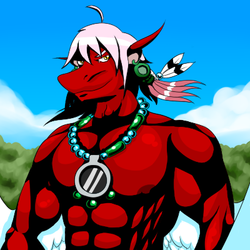 Well, I had this pic done before it's time, and signed it with the date on which was going to be posted which was as if it was the first pic of the year, also unlike the previous year which was four muscled dudes y decided instead to go for something diferent and I've decided to show you both Hanakishi no Koishi (right) and a character I haven't properly introduced Aura Metstcoyotl (left) of who you'll hear of a lot this year when I further develop projects on gaming. As well the reason Aura is slightly muscular compared with Koishi being just fit is because while Koishi is more oriented to usage of sacred power and not-so using martial arts Aura instead is more oriented to physicial strenght and combat with weapons, specially certain spear-hurling cane called Atlatl which requires a precise aim and a strong arm...but I'll give further details about it later.

Finally, in a way I'm both giving some nice view to you straight and bi furs and trolling my gay watchers XD (however is more like don't like it don't see it) just kidding