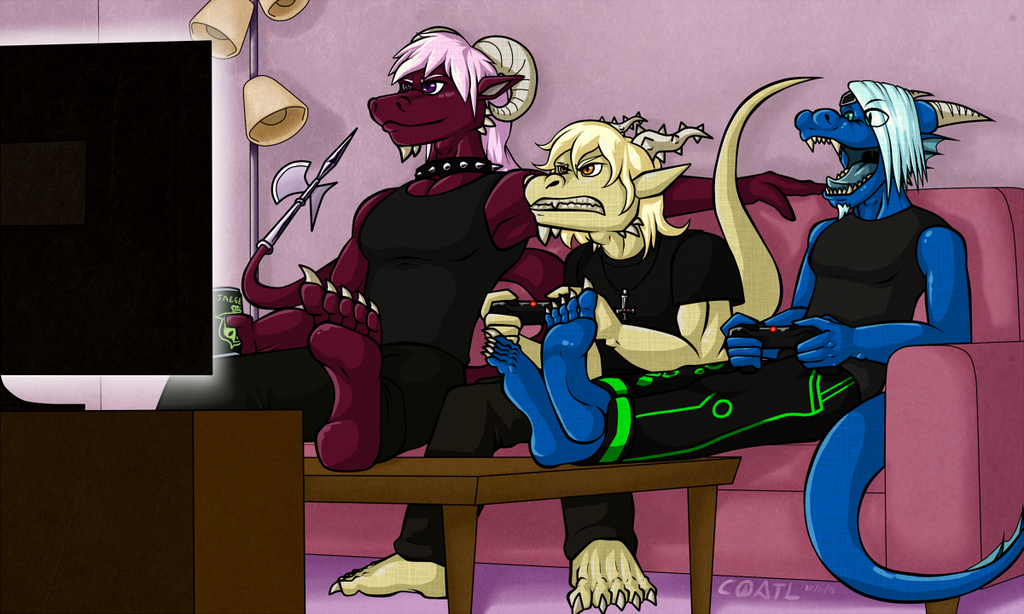 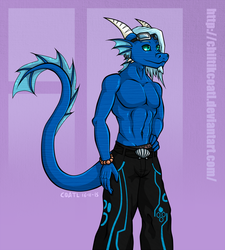 A little practice with backgrounds and blending characters along with it, as well as seeing how texturing could make up for better visuals.
It took me a while to figure out the colors again of each characters but was piece of cake nonetheless.

Decided to make it as a random scene, like a saturday night on which they don't really want to do anything but stay home. As Zoltan just began drinking a little, while Crem is bad at the game with Gunther barely breaking a sweat (he's even at a relaxed position as opposed to Crem already on the "serious" gaming position).