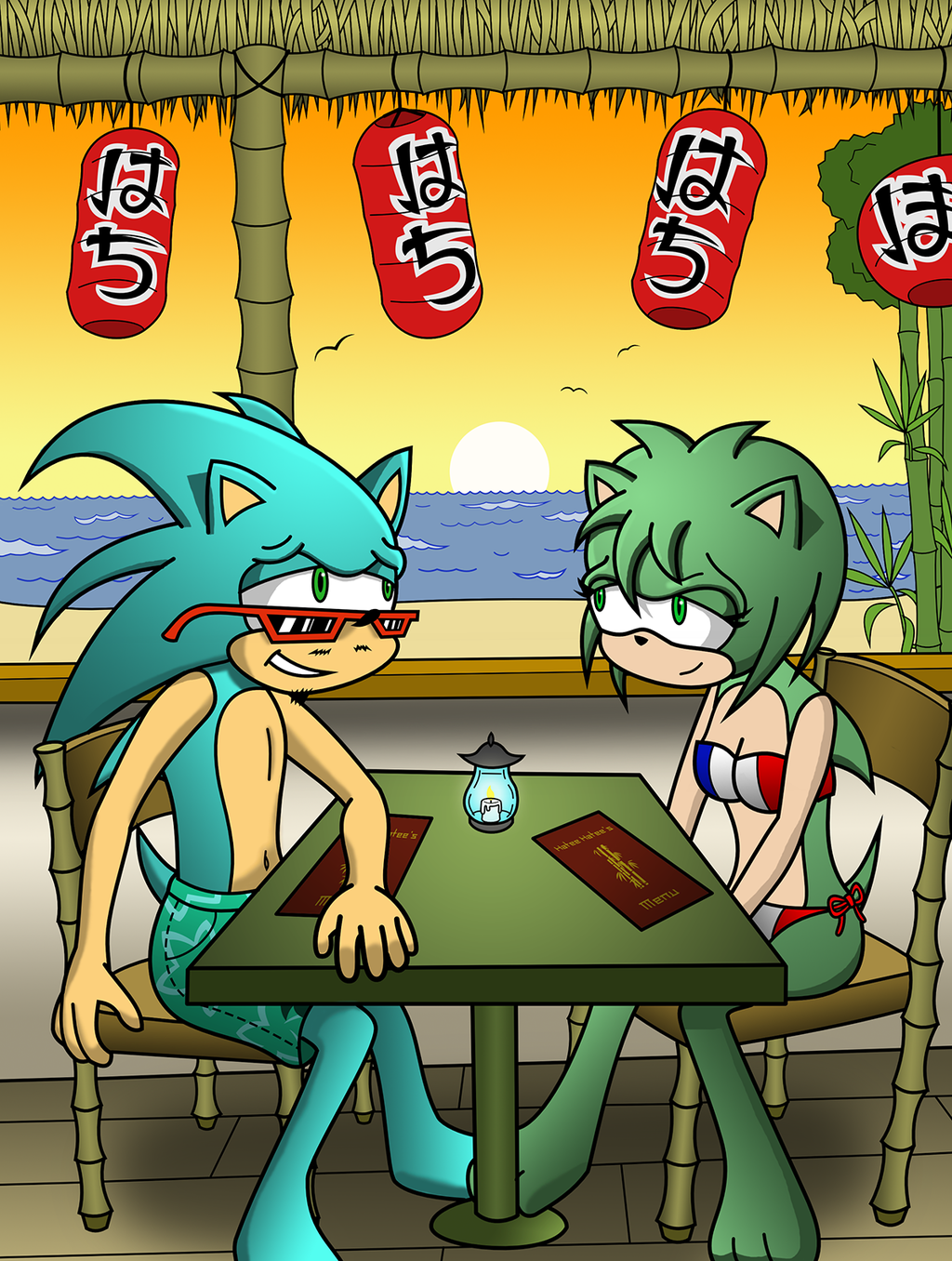 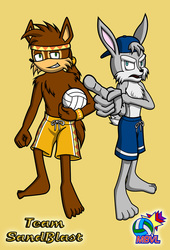 This picture is based on a scene from a story written jointly by myself and my friend Hedgie, which followed the sequence of events that had my Team Muse characters (Alexei, Julienne and Dodge) meeting his characters from Team Seaside (Strider and Ace) and Team SandBlast (Slash and Dash). In summary, our characters met on the beach as Strider was preparing for a volleyball tournament match. Strider and Julienne had an instant connection from the moment they met, and after the match-- which Team Seaside won-- the entire group went to Strider's favorite beach restaurant to celebrate. The scene depicted here shows Strider and Julienne sharing a table off by themselves, discussing their feelings for each other and what sort of relationship they can have; with Strider constantly touring Mobius with his MBVL team, and Julienne traveling around with her friends in Team Muse, they ultimately decided to be faithful long-distance significant others who would occasionally be able to spend time together whenever they got the chance.

This picture took me a LONG time to finish-- a couple months, because of all the little details. The lineart here, as usual, was produced in Inkscape using vector lines. For this image I tried a new shading technique based on a tutorial I found posted on deviantArt by Matt Herms, one of the colorists for Archie's Sonic series. About halfway through finishing this piece I refined my technique a little, and the result is the series of character info sheets I've been posting here about my Team Muse characters.