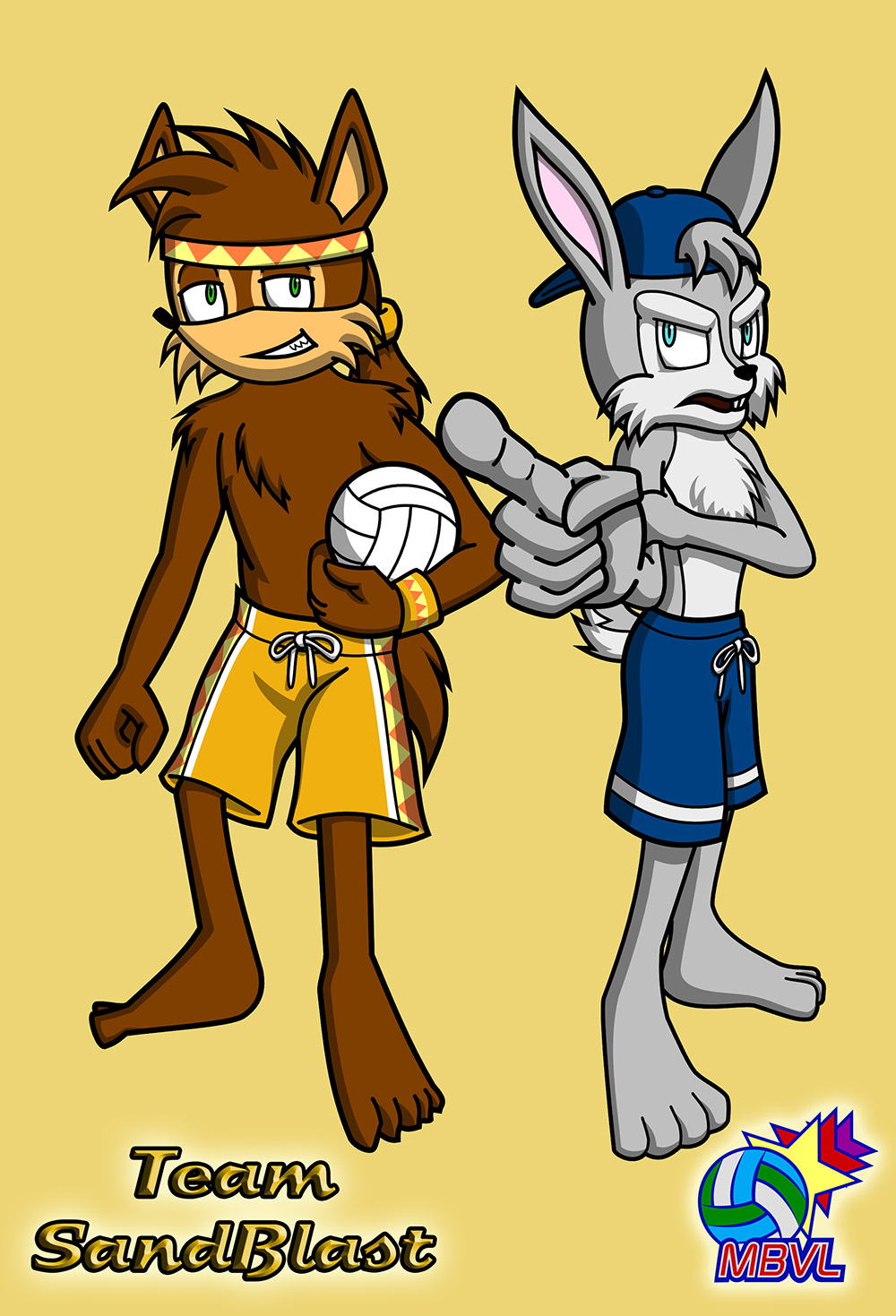 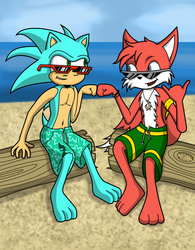 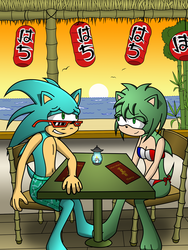 This is another pic I did for my buddy Hedgie of some of his Sonic OCs. This time around it's Slash the coyote and Dash the rabbit, who comprise Team Sandblast. Like his other characters in Team Seaside, Strider and Ace, these two are members of his Mobian Beach Volleyball League (MBVL). As you might guess if you're familiar with the Archie Sonic comics, Team Sandblast is from Sand Blast City, and they are Team Seaside's main rivals. As Hedgie described to me, Slash is the team's power player, with a bit of a Native American visual aesthetic, while Dash is more of a smooth-talking smart-alec with a Texan accent and attitude. They may look really tough, but they're on pretty friendly terms with Strider and Ace.