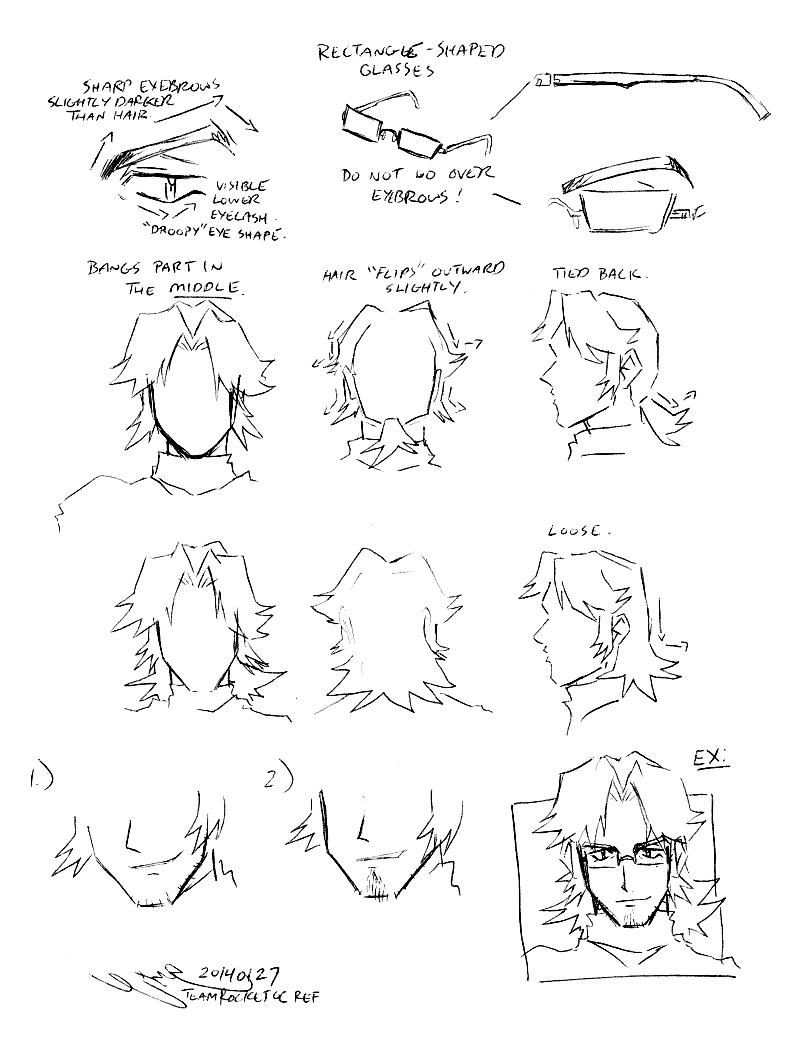 A quick reference sheet of my Pokémon OC that I sketched up last night. He's not changed much in the last five years, though I've had such a character for longer! (And my Pokémon character here has always been a part of Team Rocket. villainous laughter)

Just gotta do the outfit now alongside any other details, which I'll get to sooner or later.

Character © Chase G. (Chaseagotchi)
Do not copy, alter, edit, or redistribute without my permission.