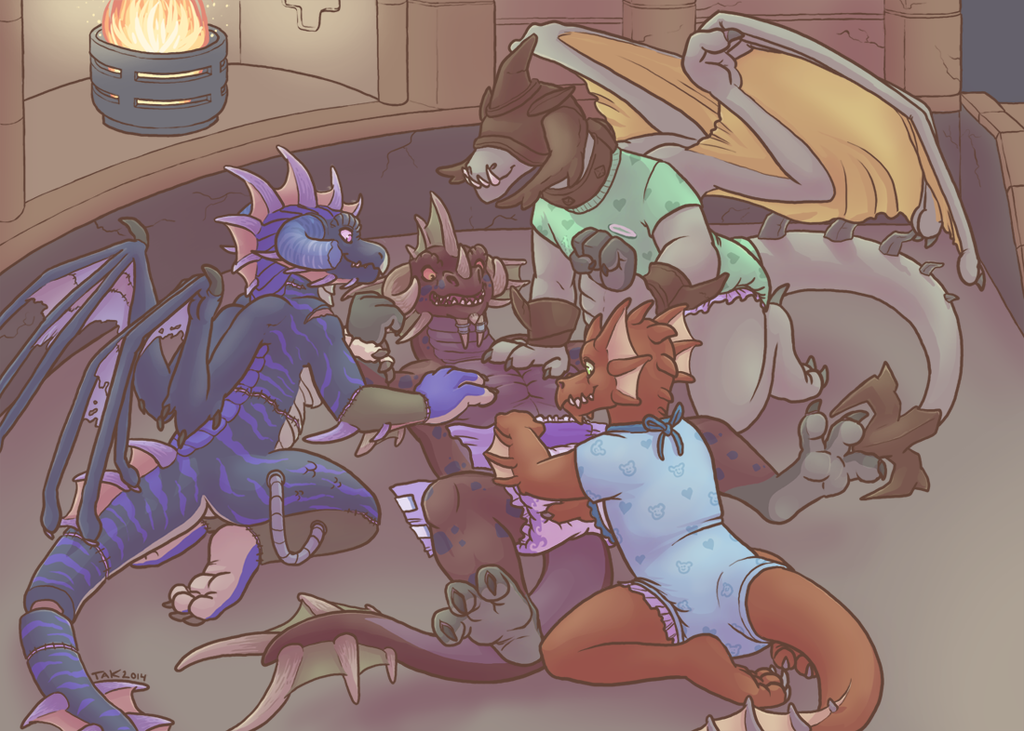 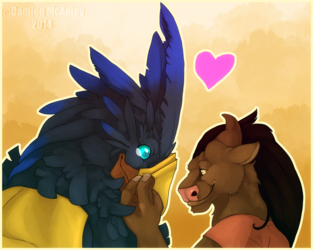 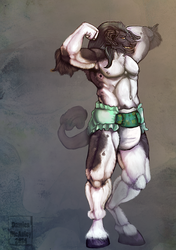 After Nefarian yelled, the room went silent immediately. For a few seconds, the only audiable thing was the brazier in the corner. All eyes locked on him, as his darted between the three waiting for an answer.

"WELL?" Nefarian stepped out from behind the doorway into the room, hands on his hips as he demanded an answer. He looked even more agitated by the lack of response as his underlings remained dead quiet.

Onyxia broke eye contact with Nefarian a moment to hatch a plan. Seeing Maloriak with diaper in hand, she knew exactly what had to happen...and it had to happen now.

"GET HIM" Onyxia cried, with seemingly as much authority as Nefarian. Maloriak understood quickly enough to catch Nefarian off guard, tackling him with more gusto than he would ever expect. Despite Maloriak being much smaller and weaker, the element of surprise dazed him.

With a short struggle, Nefarian shoved Maloriak off. He began to recover, but it was already too late. With the bought time, the other two were upon him and pinned him to ground. He was no match for the three of them at once.

After a short while, he gave up struggling. He was still disoriented, and had no idea what they were doing. What was these uniforms they were wearing? What were they putting on him?