Let the hunt begin by Charlie the Dragon 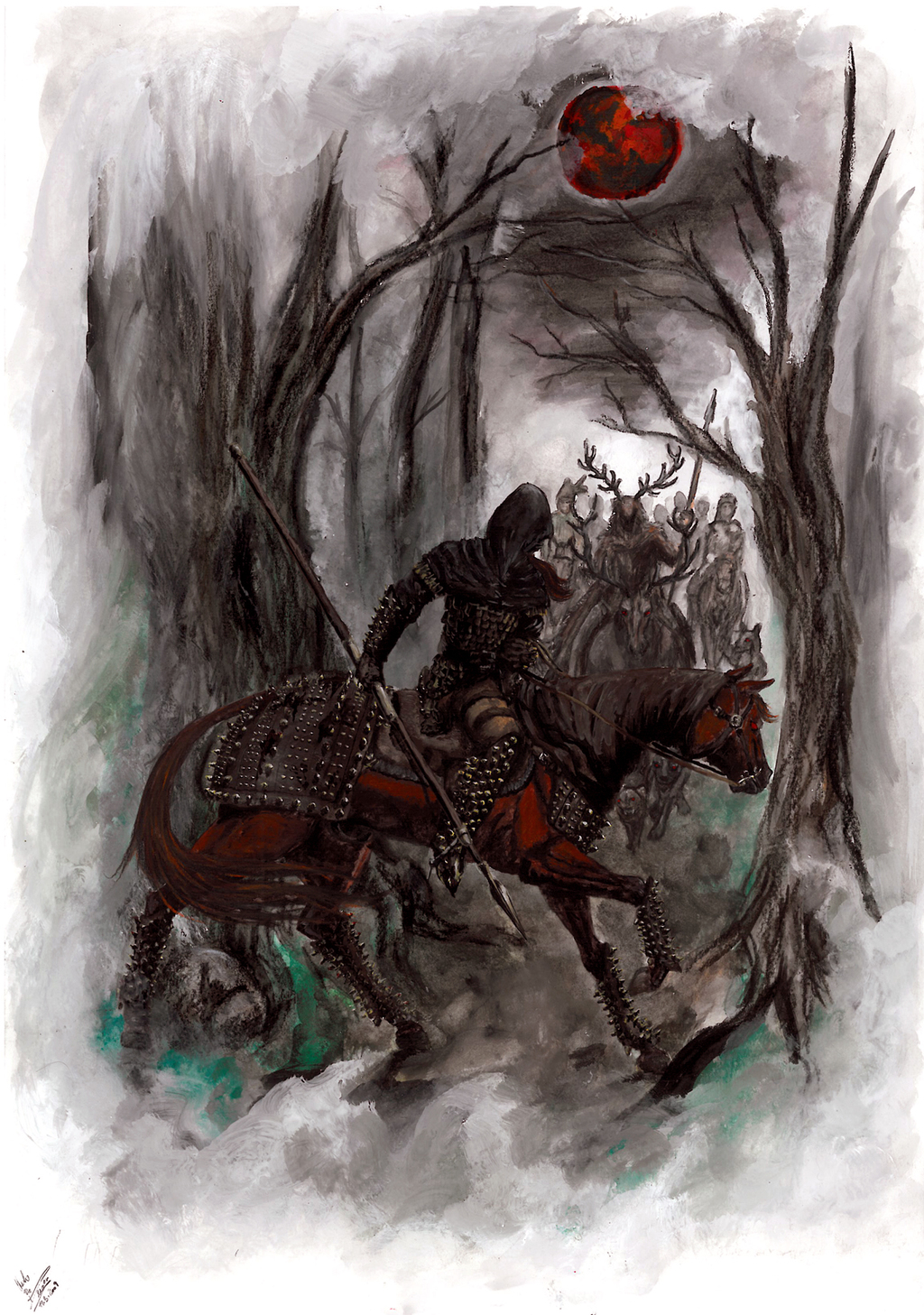 Be careful when the Moon of the Hunter is rising. Stay at your homes and don't leave them until sunrise. If you do, you will get into the way of Wild Hunt and instead of unlucky animals and lost souls it will be you who will become the prey of raging ghost company.

Based on made-up mythology of my world using the theme of well-known European folklore phenomenon of Wild Hunt. In this world the Wild Huntsman is the fallen forest god who was using members of freshly created human race as his favorite prey. This outraged Creators so much they turned him into a demon and imprisoned him in a closed separated dimension. Only when the red moon eclipses his pale companion the dimensional gate is opened and the Huntsman is allowed to cross the land and kill each and every human being in his path. Souls of these slain wretches then becomes his companions.