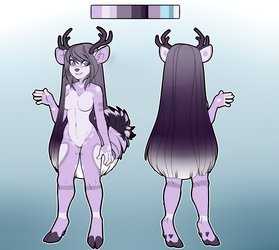 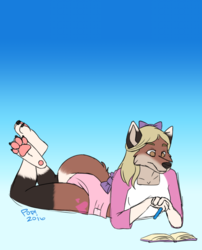 Just for You, Foxie (by Chuziku)

This is a commission by Chuziku of a young Stella, a little shy about her first ballet apperance.;

Stella was pretty kind-hearted and outgoing, but she had a big case of stage fright. it scared her even to lead a group of kits at play. So when Stella was asked to be a primadonna for the recital at the daycare, she was panicking quite a bit. No matter how hard she practiced, she was afraid that the first step on the little stage would make her freeze. However, her mom Luna had given her a very special idea. Why not pretend she was doing it just for Charlie? Stella was still very shy about that, too. She was a good friend to him already but she was still not fully acclimated to showing him how much she felt in public. Stella just didn't know what to do until the day of the recital happened. Stella nervously tippy-toed up on stage and bowed for the crowd. Even if the crowd was a modest 25, she was shaking in her stockings. But then, Luna's advice to Stella started to whisper into her "Do it just for Charlie." With those words, she finally found some courage to make it up to the little microphone and after a shy coo, she announced that the first number was, "Jus' for yoo, Foxie." Stella bowed and began to dance like he was the only kit on the room.