Proudjolt: Proudest of Jolts, King of All Your Food! by Charem 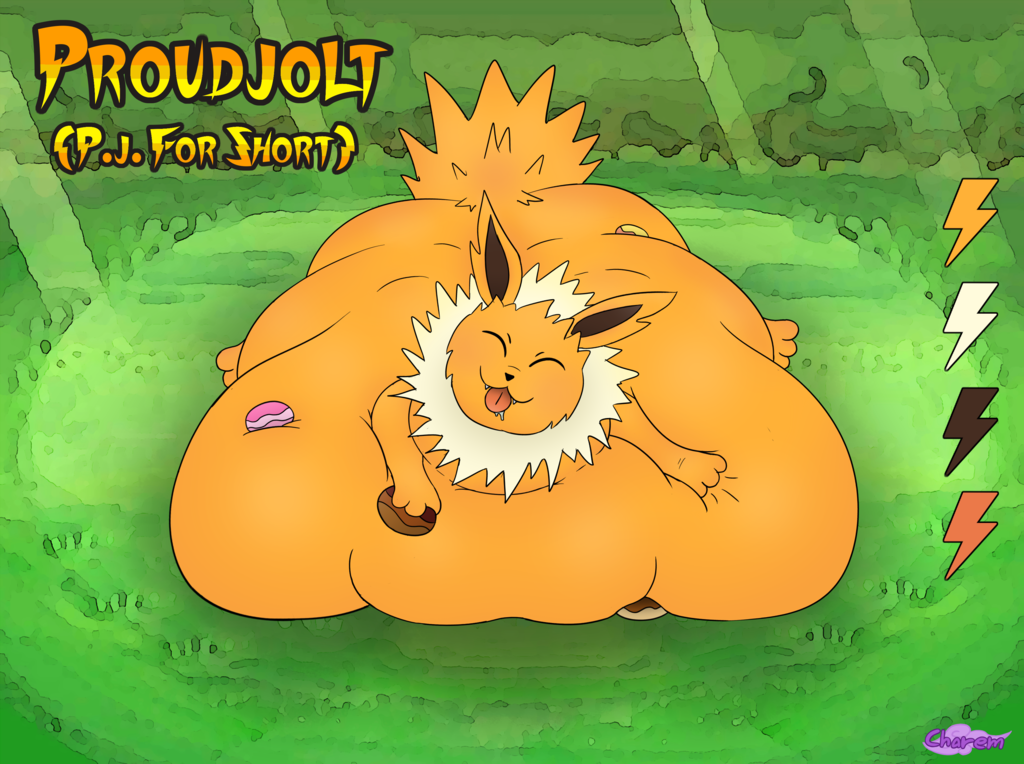 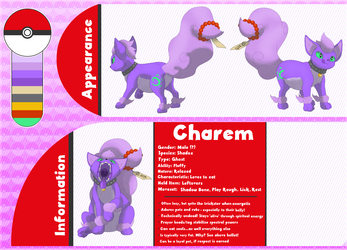 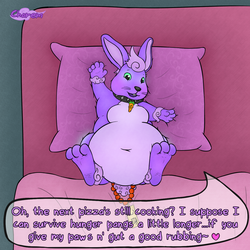 Proudjolt: Proudest of Jolts, King of All Your Food!

You know how Pokemon love Pokepuffs? Well, some love them even more than others~

Take this 'little' fella here. Proudjolt's the name of this yellow mass; maybe not the fanciest name, sure, but you can't doubt its accuracy. Call him P.J. if it's easier, he doesn't much care! He really only cares about foods and how quickly they can cram down his jaws, anyways.

Yeah, he's pretty transparent about what he likes. Feeding, flabbening, breaking hundreds of scales... He doesn't care WHAT ends up in his belly, really; it's all calories to him~ But he does have a soft spot (well, SEVERAL-HUNDRED soft spots) for Pokepuffs...yum yum!

Feel free to call him insults like 'fat-ass' and 'tub of lard'. Feel free to get mad at him when he waddles over and steals your lunch right off of a table. He really doesn't care! He just wants to get BIGGER. Being a huge, wobbling mound is truly the most-regal and impressive thing that anybody could aspire to be...that's FACT, to him. So that's what he aspires to, whatever the cost (often to others) it requires. He's quite the visionary towards this goal, especially considering how smugly-squinted his eyes always remain...

Does he have a bit of a superiority complex? Oh, you bet. Took you that long to figure out?~

He may not have been BORN into royalty, but with this many countless calories to rule over, he certainly is all too happy to take up his rightful place atop his squishy throne. And a king does deserve servitude, yeah? He's not a 'jerk' when he demands others feed him, and expects them to OBEY without question; it's simple heirachy! You're FAR less blubbery than him, so he calls the shots here - that's how it works~

But let's be honest here, you silly rebellious subjects. Do you really want to not feed the almighty Proudjolt? That snarky, drooling snout clearly could use SO many more things put into it... You don't really hate how smug he is; his flabby form is just too endearing and entrancing, and fully justifies how superior he acts. How superior he IS.

If you still disagree...he has a more-direct way of convincing you, anyways. How about a little field trip? You will truly appreciate the majesty of his malleable mass after it...SURROUNDS you, for a while... Oh, you'd fit in his jaws, no worries, he eats a lot after all! If you're calm about it, he may even refrain from nip-nibbling you as you slide down...

...Oh, it's a one-way field trip, by the by. Your appreciation of all that flab will be EASY once you're a part of it~ Truly, no better way to convince an unruly subject. <3

But I shouldn't speak ENTIRELY for the great yellow king. A word from our flabby ruler?...

"Present to your king ALL the food. Help my reign grow and grow! Honor your duty, or DIRECTLY contribute... (I don't really mind either way, Jolt~) This, is your sole purpose in life. FEED. ME. So decrees the Almighty Proudjolt! Jooolt~"

Heheh~ <3 This is a character that's been a long time coming.

I never was that big on Jolteons. Not a lot of people are, I've learned. They're cute for sure, but when comparing them to all the other awesome Eeveelutions out there, they kinda paled in comparison. However, this changed quite a bit when I found this figurine online. ...It's not a typical pose/expression you'd find most Pokemon in, and simply has SO much more personality than a typical stock Jolteon toy would possess. Also...it's just damned adorable, and very much inspired me. I purchased one of them, imported over from Japan, and it's my favorite Pokemon figurine that I own now.

I started expressing to my Glaceon pal ZeAl that I was thinking of drawing this figurine into an actual character, simply named Proudjolt. I really drug my feet on it, as I tend to do with original projects I create, but he was a big Jolteon fan himself and helped stoke that creativity up.

I finally decided to draw this adorkable mass of snarkiness when I was watching Stonefire's Pokepuff tournament progress. It's a Pokepuff eating contest with all the Eeveelutions as contestants, and viewers vote for who should continue into the tourney; whoever gets the least votes gets eliminated from the next round. I was happy to see Jolteon last a pretty long time even being an underdog, but inevitably, he also got eliminated. I love this tournament and there's no sore feelings, but it did make me a little sad, and make me wish Jolteon had kept winnin' and growin' in that competition.

So...I figured...why not create a bit of a nod to that tournament? Proudjolt here is ALL TOO HAPPY to consume endless mounds of Pokepuffs, so he held his own little competition... Well, except he was the only contestant...or maybe he ate the others?... Either way, you could call it a bit...rigged in his favor. But hey. He's the king, after all! He makes the rules... <3

This was a quicker project than I usually do when making original art. I tried to be a bit messier/looser to test a speedier method of drawing. I think it came out quite delightfully, simple as it is~ The lighting tones I added worked perfectly and really make that blubber-load blob outwards. ^//^ And I nailed that perfect expression too...which you can bet will ALWAYS be plastered on P.J.'s face. Happy, snarky, giving no craps about anything but making himself happier and bigger~