Nurse Fuse, Ready to Aid! - by Karserus & Me by Charem 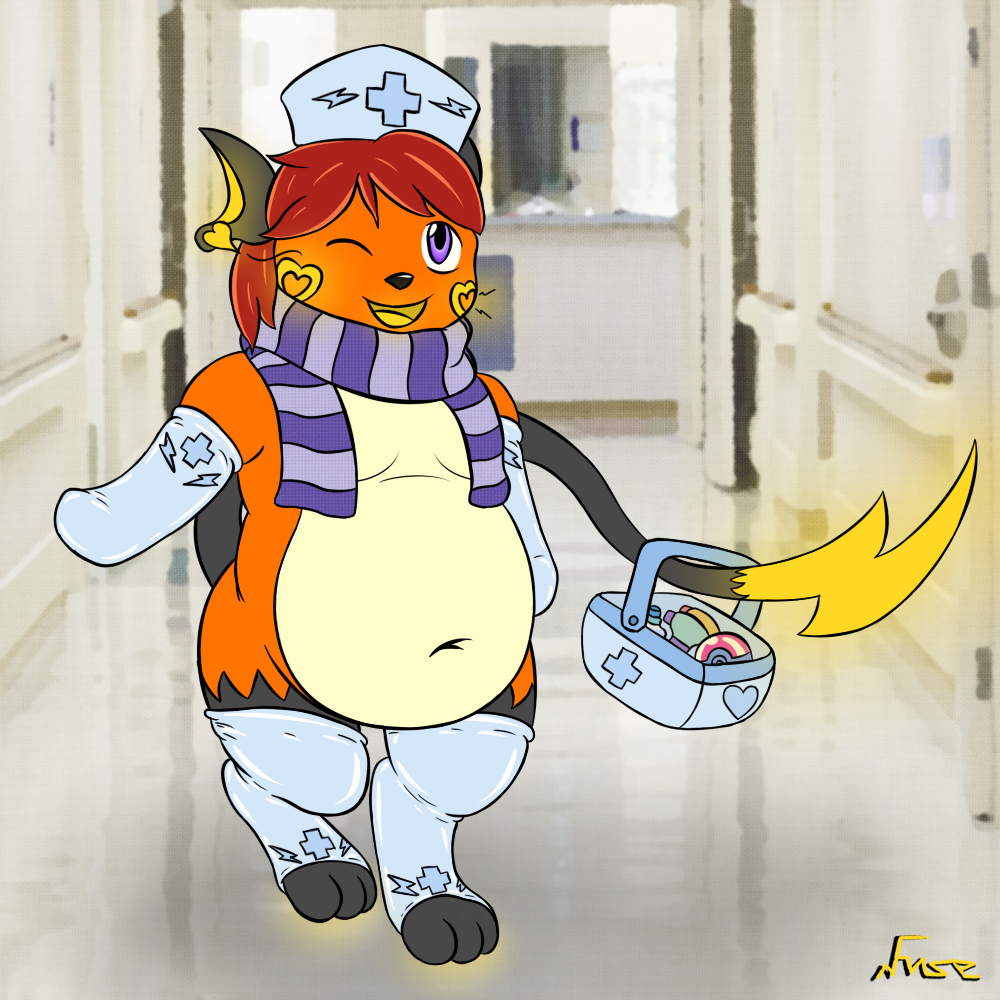 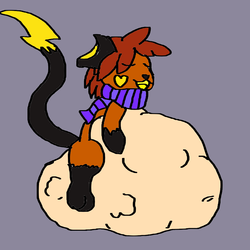 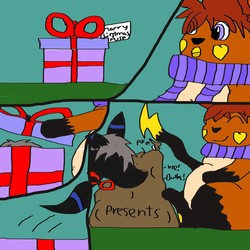 Nurse Fuse, Ready to Aid! - by Karserus & Me

Umbrechus do have quite the perverse habits at times, corruptive and crafty as they are. Still, Fuse is certainly more laid-back than his brethren usually are, having a rather bright, innocent nature...at times, at least. He does genuinely like to help others, and tends to glow brightest when he sees people smiling.

Thus, it wasn't too surprising when the pudgy Chu jumped at a job opening at a local Pokecenter. One of the resident Chansey nurses had reached retirement, and no other Chansey was available to take her place. The hospital was a bit unsure about hiring a different kind of Pokemon for the role, but given no other option, they chose the cheeriest and most disarming of their applicants...which happened to be Fuse~

The little Umbrechu was certainly elated about the role, and took it quite seriously. He wasn't exactly rich, but he still spent every Poke he could on the perfect outfit for his new role. Really, he only was required to have a nurse's hat...but for the sake of being clean in the sterile environment, he bought a lovely pair of mittens and stockings - both a clean, shiny latex. (With toe-holes cut into the stockings so he didn't slide all over, of course!) To top it off, the Chu picked up just the right-sized basket, one his tail could carry comfortably whilst toting medical supplies here and there.

Perhaps his scarf wasn't the best article of clothing to wear in a medical environment, but he simply couldn't do without it, and so washed it carefully before his shift. It proved a boon rather than a detriment, with Poke-patients visibly calming at the sight of him - why, he looked too cute, after all! Certainly he was a nurse who was concerned about how he presented himself, and that reassured the 'mons he tended to. Though only rudimentary-trained before his first shift, Fuse performed admirably at his duty, patching up Pokemon after Pokemon just like the resident Nurse Joy explained to him.

Perhaps, if your Pokemon happen to faint, Nurse Fuse might help your team out too! <3 Just give him a nice foot-rub afterward, eh? I bet he'd love getting those plump latexed paws caressed...

This was such a cute and fun project! Originally this was a sketch by   karserus, who did such a great job portraying Fuse as a nurse. I - or more specifically, Fuse - then worked on lining and coloring this image...and what a lovely result! He's really rocking those shiny stockings, wouldn't you say? ^^ He's rather perfect for a nurse role~

Oh, did you know Fuse is very glowy? You can see it here; his tail-bolt, footpads, ears, cheeks, and mouth all glow. Anywhere yellow, in other words...including his insides~ He's very bright for being part dark-type!