A Kingly Sprawl, A Regal Mass - by ImperfectFlame by Charem 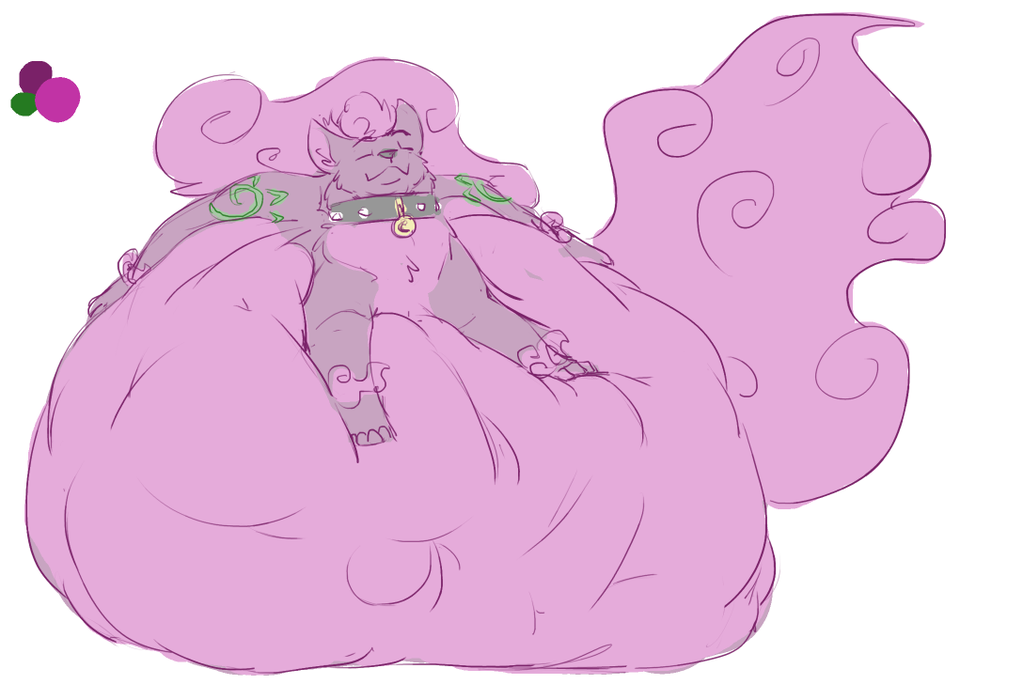 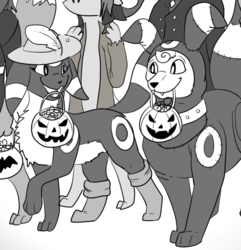 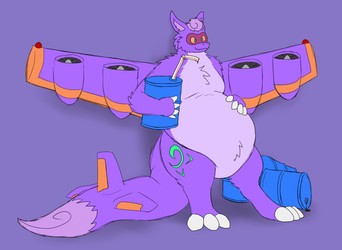 A Kingly Sprawl, A Regal Mass - by ImperfectFlame

Every ruler has their throne...a grand seat, clearly showing its owner's prosperity. Via the priceless materials it is made of, not attained easily or cheaply. Via the exquisite craftsmanship it was built from, care and time and effort being taken to construct it. ...But a proper throne should proclaim its king's power, too. Being soft and decadent, showing that the ruler confidently holds a secure kingdom, that he can rest so comfortably. But also being large and intimidating, a visual display that you should never cross the one who sits upon it, if even his mere chair can look so imposing!

Many a monarch know these facts, rulers of typical countries and kingdoms. But I have my own, different, kingdom I rule, as well as my own throne I choose to rest upon. In fact, kingdom and throne and one in the same for me...and though my nation's numbers tend to...fluctuate, I still rule strong all the same. And I certainly appreciate EACH and EVERY one of my subjects...however briefly they live in my kingdom~ I treat them all equally, of course; there is no caste systems or racism. They're all VERY valuable to me, no matter their look, shape or size...

My kingdom recently had a...population boom, as you can see. It certainly makes me satisfied to rule such a large nation, and it means I can kick back on my throne and relax for a while... Oh, but don't mistake my words. My borders are ALWAYS open for immigrants, no matter how large my nation grows. I may not own the LARGEST country out there (for now), but I am quite good at making a lot of people fit in very little space... Oh, you're worried about the quality of life here? Well, let me just put it this way... Every single visitor and vacationer we've had here has decided to stay permanently! If that doesn't proclaim how enjoyable my nation is to live in, I don't know what would!

Would you like to pledge your allegiance to my nation, then? Good, good! The immigration offices are right in here... he squishes his forepaws against his mass, forming a 'ramp' for you, leading right into his gaping, drooling jaws... Oh, did I mention we tend to have...damp weather in my country? Don't worry...you'll get used to it VERY quickly...

Ahhhh, this picture. <3   imperfectflame is a very spontaneous friend. He tends to just draw people he knows at random times in random situations. It can lead to some really nice surprises when he turns his eye towards me, like he did a while ago with this. ^_^ Don't get me wrong...it's not necessarily surprising to be featured in vore. But to be featured with such a MASSIVE mass of belly...hahaha~ This is actually the biggest my Shadox belly has been featured as in artwork so far...though don't mistake me; this is HARDLY my limit. ;3 But it's still a...VERY satisfying size, wouldn't you say?

I really do love that lazy, regal pose and expression. Flame really nailed what sort of dog I am in this image. :3

(And those spread backlegs are adorable. And perhaps implying a spread of a certain alternate entrance as well? Well, countries DO usually have more than one road into them...)