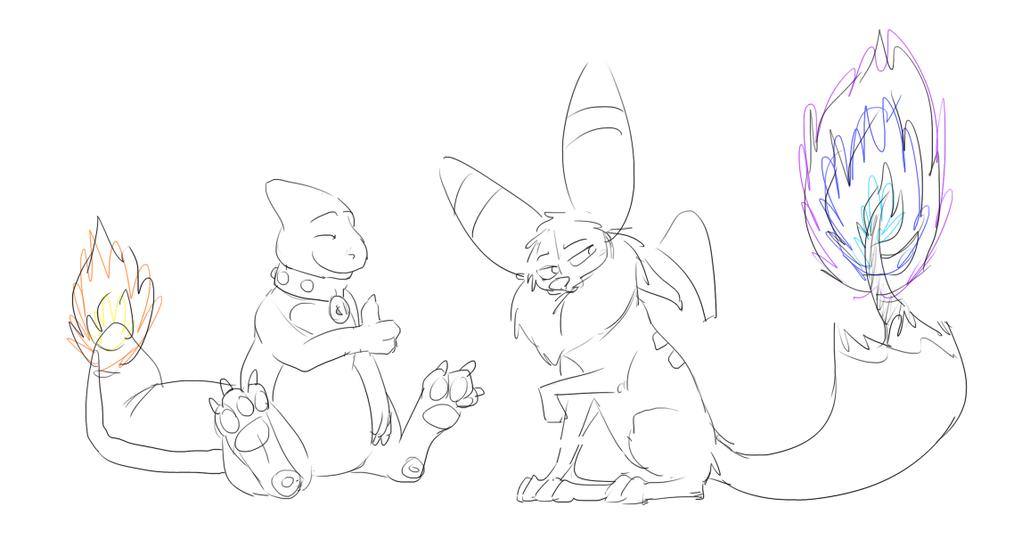 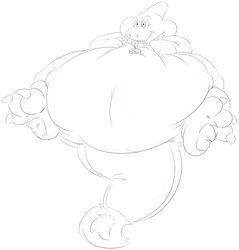 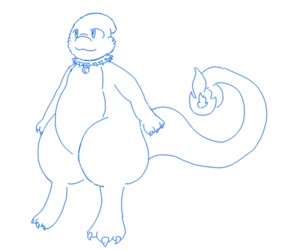 I was pretty excited when my pal Flame came by with his tail lit on fire one day! He's got a bit of the fire-element in him, obviously, so I knew it wasn't hurting him any. However, he seemed a little perturbed about it; I guess some jerk had lit his tail on fire since his name was 'ImperfectFlame' and I guess some people take things just too literally!

Still, even though his tail-fur had suffered a bit from the fire, I thought the fiery new accessory looked pretty good on him - hence my thumb-up of approval! I mean, it's not like I'm biased about liking tail-flames for some reason; why would you even think that? :V

This was an adorable and funny doodle that my pal   imperfectflame drew up as a Twitter-response to the image I did for him recently (this!). ^..^

The somewhat-unwanted flame on Flame's tail was caused by another fire-type friend (term perhaps used loosely!) of his, who is also an artist and drew him sporting this fire in the first place, thinking he would look better this way. :V

As Flame himself said after seeing my art for him and while posting this on Twitter... "I'm so glad I've got fire-type friends here who aren't dicks :>"

I shall hold the esteemed title of 'a fire-type who's not a dick' very close to my heart. XD