[COMM] Buried in the Breadth of the Belly Bed! - by IF & Me by Charem 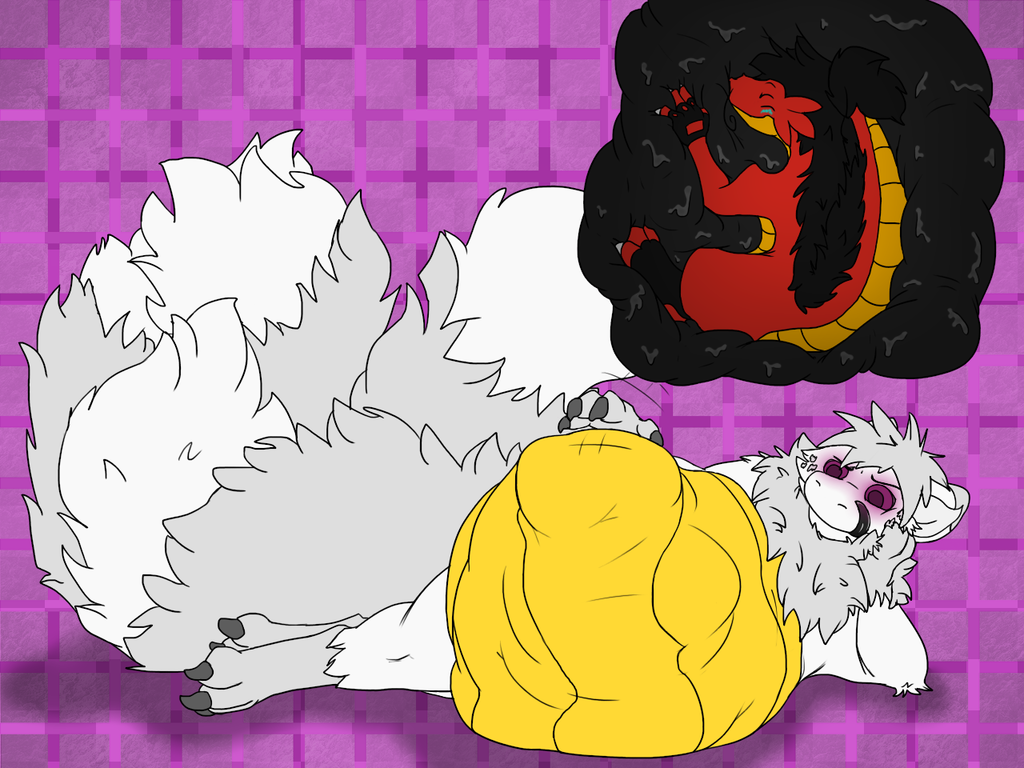 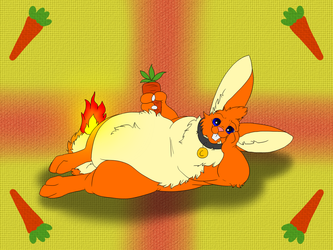 Cuddling a predator's belly for too long leaves you facing a very inevitable trip... This didn't stop Drax the dragon from doing this to a large and powerful Srotharsune named Korynn, however. Whether the drake knew of the fate that would befall him or not, he was probably too enraptured to care anyways. Snuggling against the 'sune's distended gut - full of other snacks that Korynn had caught - was undoubtedly enjoyable, what with all the softness and squirmings Drax could feel very clearly.

But when those meals ended up gurgling away, leaving Korynn with a fatter though much emptier gut indeed, Drax still made no attempt to stop his cuddlings and beat a timely retreat... Granted, it wouldn't have mattered much at that point anyways; have you tried retreating from a Srotharsune with no less than 5 maws, counting its tailmaws? It's not a very doable task...

Predictably, Drax made no attempt to resist as Korynn matter-of-factly pulled him head-first into his maw, drooling quite copiously as he swallowed the smooth-scaled, slim dragon with all the ease of consuming a wet noodle. Thin-framed or not, the drake formed quite a reasonable bulge even under the gut's fresh layers of fat as the new meal collected quickly into that black and slick den.

The dragon was still just a snack for Korynn - especially after the gluttony he had just ensued on that collection of meals before - but the Srotharsune was nonetheless satisfied by this snack. Lazing back against the ground, the 'sune rested and smooshed his paw into his thickened belly, squishing his stomach-walls against Drax as a sort of 'reward'.

Of course, Drax loved this. Nuzzling and cuddling back against the cushiony walls and squishy fat underneath them, the drake quite eagerly buried his body into all the softness, more than happy to be in the situation he found himself. Yes, inside or outside, it didn't matter to him; the noodley dragon was ever-cuddly all the same!

Yes, this is another collaborative commission I did with   imperfectflame! ^^ The commissioner for this was   slimedragon1995/Drax, who wanted to purchase a sequel to the other recent commission we did for him, here: http://www.furaffinity.net/view/13680722/

Like the prequel, this stars Drax's feral dragon form and   Korynn in his Srotharsune form. :3 A sequel was rather inevitable, considering how not-eaten Drax was in the first one. That HAD to be rectified, of course~

It was a pretty straightforward project this time around. I had fun using a 'similar but not same' background for this - which was a modification off of the prequel's background. :3