[COMM] A Balanced Elemental Breakfast - by IF & Me by Charem 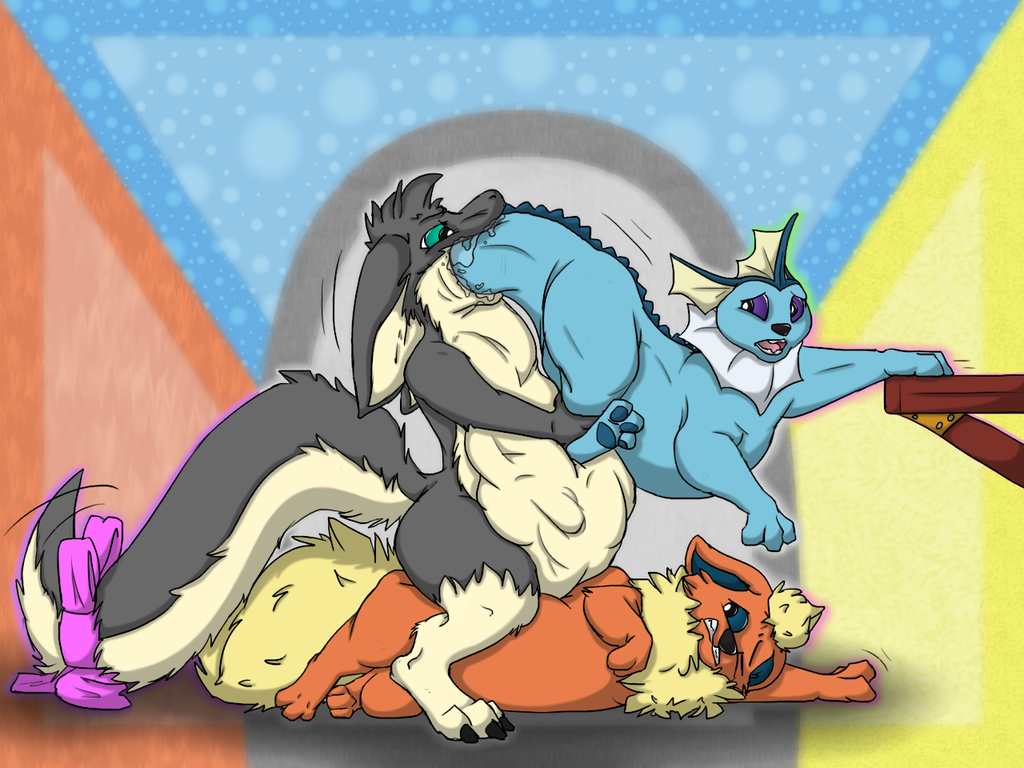 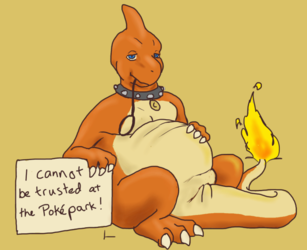 [COMM] A Balanced Elemental Breakfast - by IF & Me

(Story by   Tekayos, who was nice enough to pick up my slack considering I totally didn't feel like writing a story tonight!)

Dessy was quite a curiously constructed creature, claiming to be a chimera with some draconic traits. If one were to spend enough time around him, it'd be easy to see the largest of those traits is his appetite! His meals usually consist of at least a few prey animals his size at a time, sometimes more if he's particularly hungry...

Eevees are pretty rare by themselves; it's an extraordinary find to come across three of their evolutions in the same spot! Fortune smiled on Dessy one day as he stumbled upon the original elemental Eeveelution trio. He was quick to subdue his victims, stuffing down the spiky Jolteon first before he was aware enough to run away with the species' impressive speed. His mouth started to water significantly once he got the Vaporeon halfway down; perhaps something to do with the type? That Jolteon did seem to have an oddly shocking taste... perhaps the Flareon would come with a nice spicy flavor, inciting a fire in his belly that the dragon inside of him would be very pleased with~

This was a commission that me and   imperfectflame did for   dessy, of his chimera-ish character nomming up the whole original Eeveelutionary line. Or at least, in the process of nomming them up. :P Those fatty meals will certainly fill him to the brim!

Had a decent time working on my part of the project (everything after lineart). The background was a nice experiment that came out very well I think. Shading took forever but also came out pretty solidly.

I had to add in the drool at the last moment, and I'm still not certain I like my own line additions to do this (seriously, Flame's line style is too awesome for me to perfectly copy), but everybody I checked it with said it looked great, so I guess it's fine. :P If you prefer looking at a drool-less version though, there's a link at the top of this description for that.