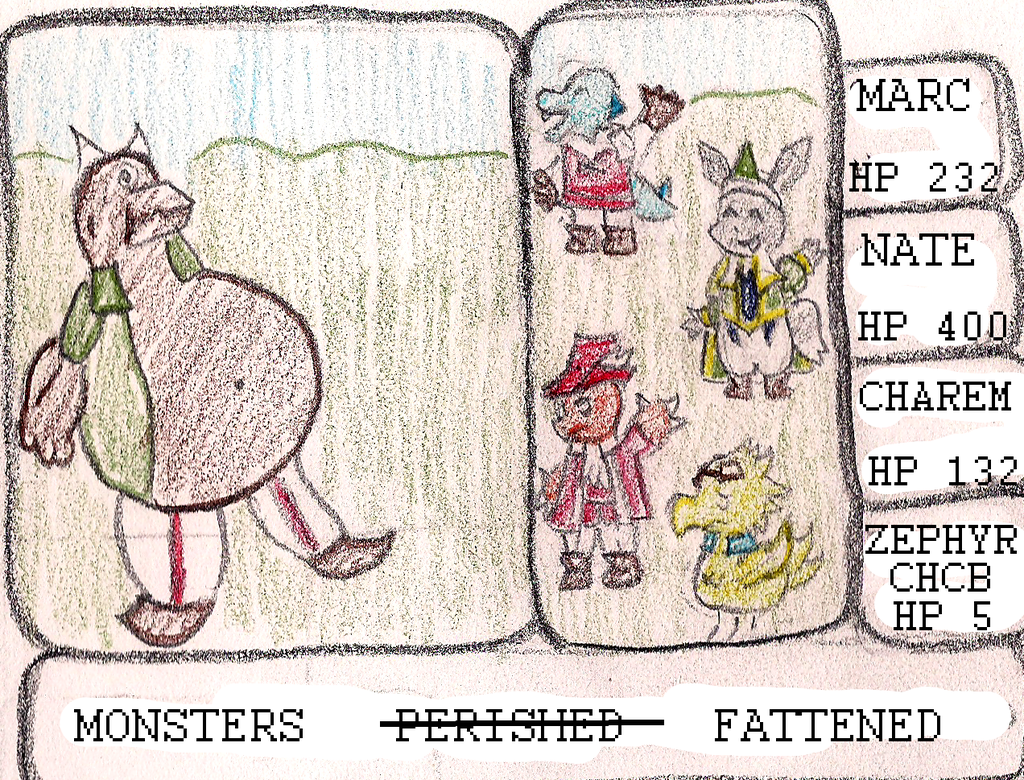 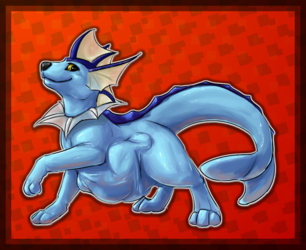 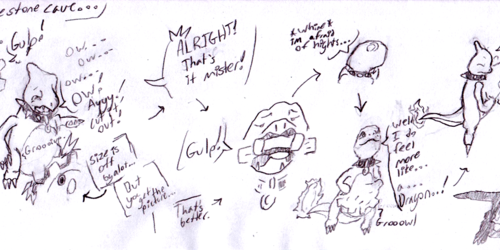 Sometimes, the best way to resolve a random battle isn't by beating up the opposing monsters. There's something to be said for pacifism now and then, and if you play your cards right, you'll still get gold and exp at the end of it all!

Subduing an enemy through force is certainly one strategy to win, but immobilizing them through weight gain is perhaps even more effective. <:3 A powerful foe might have stacks of HP that'd take hours to cut through, but giving them even more stacks - of pounds - is something they often don't plan around~

Obtaining the rare Fat line of spells (Fat1, Fat2, Fat3) can be a bit tricky, but talk about a game breaker! ;3

This was a cute little retro scene drawn up by   creatureunknown, and starring (from top to bottom):   ShinyTotodude,   charizardcowman, Me, and Creature's character Zephyr turned into a Chocobo. ^^ Obviously, this is inspired by Final Fantasy...namely the first few on NES/Famicom, I believe!

I really like how I ended up being the red mage here. ;P That's my usual preferred class for Final Fantasy games!