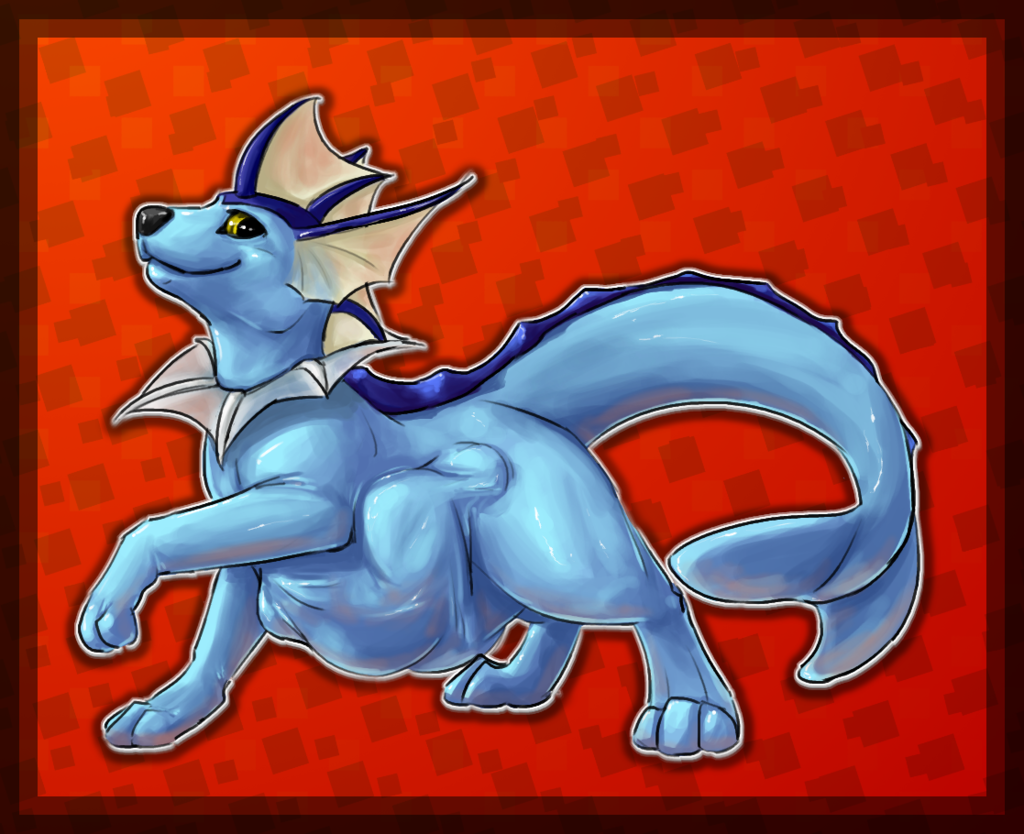 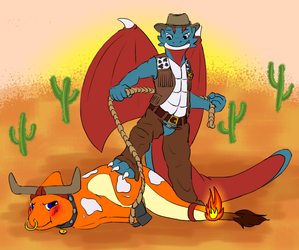 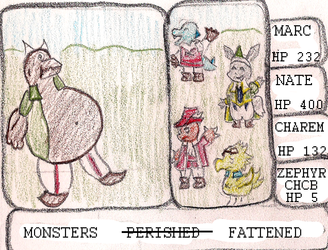 It's always wise to be wary around predators, but do especially mind the aquatic ones. They tend to appear quite sleek and pretty, less brutish than many land-based creatures. But their hungers can be just as intense as their terrestrial brethren...if not moreso!

Mizuko the Vaporeon is a creature comfortable on land on in the water alike, making him doubly as dangerous for his prospective meals - and very few things are NOT prospective meals to him! Though at first glance, he hardly appears dangerous, and in truth, he is not that directly powerful. But power is hardly necessary when you have cunning and skill... In truth, you would not even see this predator before he strikes. Not because he is apt at hiding himself in a traditional sense, but because he can be easily ignored, even when plainly in view.

How so, you ask? Vaporeons have a great deal of control over water, even compared to many of their fellow water types. A common defense mechanism for the threatened or shy Vaporeon would be to utilize this control in a surprising way, and literally melting their form into a familiar base component: water. With this, they can dissipate into a river, or trickle away as a puddle, reforming back into their normal selves only when the coast is clear.

Mizuko is simply more clever than the average Vappy. He asked himself, "If I can melt into water as a defense mechanism, why can't I do it as an offense mechanism too?"

And this, is why Mizuko is truly a dangerous predator. That random puddle along the side of the road? That off-color patch of water in a lake? It could very well be this tricky creature, ready and waiting in his basest, watery form for something to wander too close... The unfortunate prey likely has no idea what is going on as the water near it suddenly springs up in a splash, a set of semi-solid tentacles of liquid binding it in place as the rest of the water surges and bubbles around it...before, of course, it solidified into the Vaporeon it really was, the confused prey left in the middle of the reforming mass until it found itself in the belly - or wherever - of the reformed Eeveelution!

It is with these methods that Mizuko enjoys his meals, and can quite easily stuff even the largest of Pokemon into his body - without needing to make a single swallow of effort. Where most Vaporeons simply melt and reform very basically for defense, Mizzy has perfected the nuances of the action. If he so desired, and was so entertained, he could stuff his meal in his thigh, or tail, or anywhere, simply keeping a portion of his body liquefied so as to make a cavity wherever he wanted. Like the water he was comprised of, he was truly a flexible creature in his options.

Here, we see Mizuko has caught yet another meal, undoubtedly in the same fashion as he typically uses. Subtly, we can see that he has not fully reformed from his water state, based on the amount of stretch and sag the prey is exerting on his belly, and how the prey's body is pushing into areas outside of the Vappy's stomach. Either the Vaporeon has just ensnared this meal, thus having not finished his reformation; or he is simply keeping himself a bit liquefied for fun, letting the meal have plenty of wriggle room and simply enjoying the swing and sag of his snack.

Regardless, one thing is clear: Mizuko is quite proud of another efficient, specialized, and successful feeding. His smug strut, grandiose grin, and head held high are all unmistakable for this superior emotion. One might scoff at this, saying that he has too big a head about himself... But, one best not do that.

After all, water can stretch as much as it wants, and he certainly can fit more than just ONE meal... He's already eyeing you, so choose your actions wisely...!

Oh my goodness. <3 I've been looking forward to posting this.

imperfectflame drew this image for shading practice a while back. While he was at it, he decided to make the subject of his practice one of my characters - one that I don't use often enough - Mizuko the Vaporeon. And in the process, he has undoubtedly created the very best and very awesomest drawing of my dear, smug Vappy that I've ever seen. n..n

Mizzy's well-described in the story above. For those that don't know of this Poke, he was a bit of an experimental character of mine. Essentially, I wanted to create a Pokemon character that looked no different than others of his species, yet had traits and abilities that made him unique and helped give him his personality. I've always loved Vaporeons, and it is actually a canonical thing that they can melt into water. While I doubt I was the first to exploit that ability for more interesting uses, I would hope that Mizuko, for as little screentime as I give him (shame on me!), is perhaps one the more interesting Vappys around. ^^ Really, I've only touched the surface of what he can do (do an FA search for 'Mizuko Vaporeon' to see other art of him), and I do intend to use him further in the future, for other weird and interesting things~

As said before, this is probably the best image of Mizuko I have ever received. Not only does this express a result of his special abilities, but it also so clearly displays his ballsy, smug, yet so very winning personality. <3 Flame, being one of my best friends, clearly knows me and my characters so very well, and I really appreciate him for that as well as for other things that make him an awesome guy~ Thanks again man!