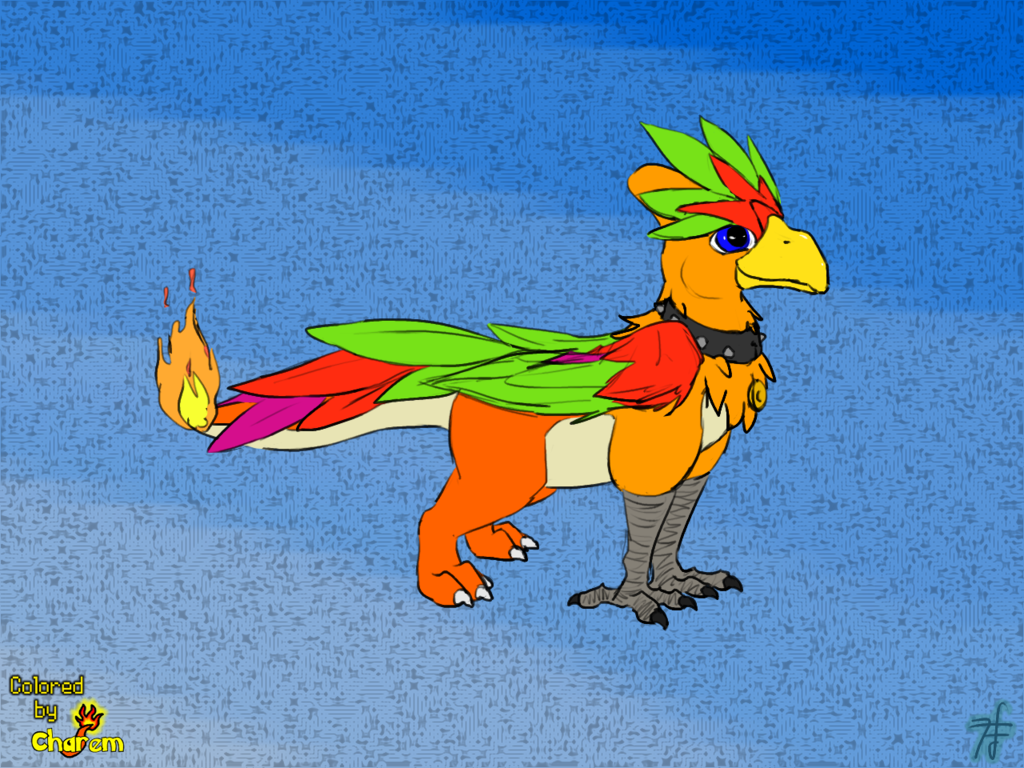 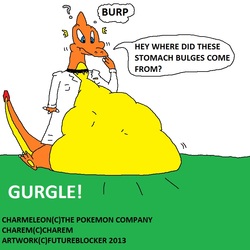 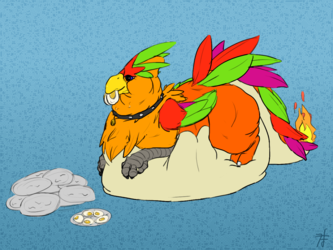 Just because being a Charmeleon is awesome, it doesn't mean it's not fun to try out a new form now and then~ Oftentimes such a foray results in a hybrid for me, my Charrish self mixing with whatever creature I'm aiming to be. <3 Such 'mutts' can be a mixed bag, but this works quite well when becoming a form normally comprised of two creatures anyways...

While gryphons are normally a mix between an eagle and a lion, I've seen and met many that were comprised of other bestial and avian mixes. Normally I'm not too huge on birdies, but gryphons were quite an exception; I always thought they were quite neat, and the idea of becoming one was too tempting to resist...even if I didn't quite know how such a form would turn out for myself!

The result? Well, certainly half-Charmeleon, as expected. But my more-feathery side...was much more colorful than I had anticipated! I suppose bright-red, -purple, and -green feathers did nicely match my also-bright-orange, but it only made me wonder what type of bird had been spliced into me. Something exotic, undoubtedly.

Regardless of my mysterious origins, I was pleased as punch at my new form, and gave a hearty flap of my wings and a cheery chirp from my beak! I probably wasn't the first 'tropical' gryphon to exist, but I certainly was one of the cuter ones! <3

This was a spur-of-the-moment idea that   congruentpartisan kindly helped bring to life. :3 I believe this (and its sequel, which you'll see soon!) were commissions, brought on after seeing Congruent draw some very nice birdie-characters, and I am quite happy with how they turned out. <3 This image in particular was colored by me~

Charem the Gryphmeleon! <3 Heh, gryphons are pretty awesome creatures, so we might be seeing a bit more of this guy now and then~ Do share what you think of him, viewers. ;3

I really have no idea what kind of bird his bird-half is, btw. Something red, green, and purple, and with a nice head-crest too. Does something like that exist, I wonder? Maybe you guys could find out. <3