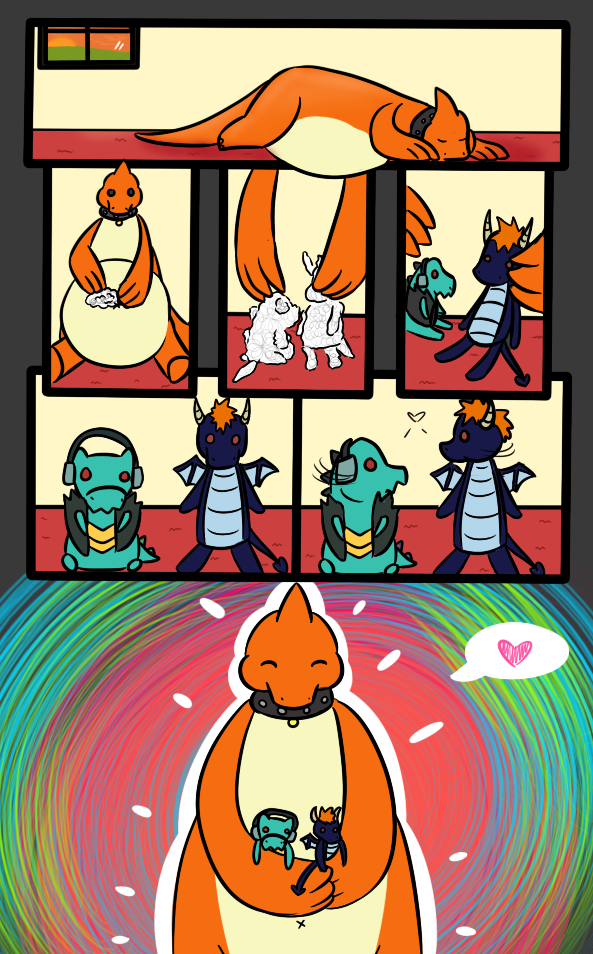 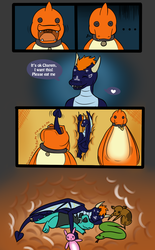 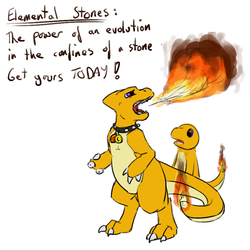 The night was peaceful and quiet, the light gurgles of the Char-plush's belly being the only noise throughout it. Soon, the sun chose to rise warmly once again, a new day beginning.

Letting out a silent yawn, the lizard-doll sat up from its own rest, poking gently at its now-much-softer belly. Marc and Stoormor seemed nowhere to be found, though Charem's body seemed especially soft and cotton-stuffed now... It was clear that the Poke'doll could digest more than just other dolls to add to its plushness.

But by no means did the plush mean its owner and its owner's friend any harm. It knew exactly what it was doing...

Charem brought its paws to its rounded belly, carefully picking apart some of its own threads to access its copious supply of cotton, just under its outer fabrics. With two large wads of the plush material removed, it repaired its threads and set to work on the clumps of cotton. Slowly, it began to form two shapes, working as proudly and carefully as a famous sculptor would. Soon, the shapes looked familiar...like a little Totodile, and a little dragon...

Clasping its soft paws around the shaped cotton mounds, something magical began to happen. Fabric 'skins' began to stitch over the cotton, changing into an assortment of colors as the cotton was surrounded and protected. Two new dolls gradually developed, looking exactly like Stoormor and Marc both...if they were dolls, that is.

And that's exactly what they were, now.

As the dolls completed themselves, cute little buttony eyes being the last details to 'sprout', the Charem plushie made one last wave of its hands...and then, it was done. The newly-crafted dolls began to move and wriggle, a sense of realization forming in their cottony minds. Marc and Stoormor looked at each other for a moment, their button eyes 'blinking' as they recognized what they now were.

And they recognized...that they were happy.

The Charem doll soon scooped up the other two dolls, cuddling them close as they shared a hug like only a trio of plushies could. <3