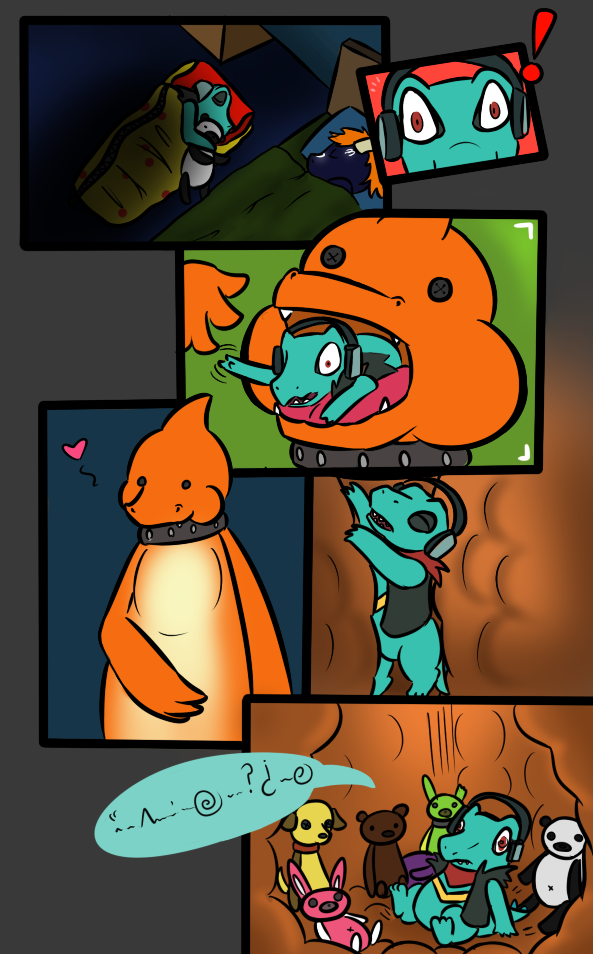 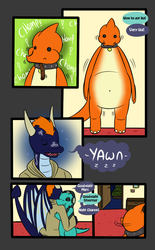 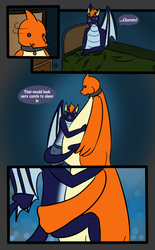 Marc and Stoormor were already quite sound asleep as Charem entered their room. The cottony feet of the giant plush were soft as could be, and thus it made no noise as it strode to one side of the dragon's bed... The Totodile was sleeping in a comfy sleeping bag aside the bed, and looked...appetizing, for the large plush. Though Marc was flesh and blood while Charem wasn't, they were still both Pokemon, and that was enough of a link to see the smaller crocodile most certainly as 'prey'!

The little water-type roused very slowly as the lizard-plush picked him up, and slipped him gently into its maw. Only as he wriggled within the soft, silk-lined jaws of the doll did Marc regain consciousness, but it was much too late by then. The 'dile could only make a light squeak before the Charmeleon swallowed, cottony 'muscles' pulling the squirming prey down that fabric gullet.

The fall into Charem's belly-cavity was soft, obviously, yet the groggy Totodile had still been tumbled quite thoroughly, and was much too confused to make sense of his situation. His dazed eyes could only notice a select few of the Charmeleon-plush's earlier meals still around him. Most of the dolls seemed to be entirely gone, perhaps...'digested'...into more cotton for the grown lizard-doll? That seemed to make the most sense, and yet...how would that even work?...