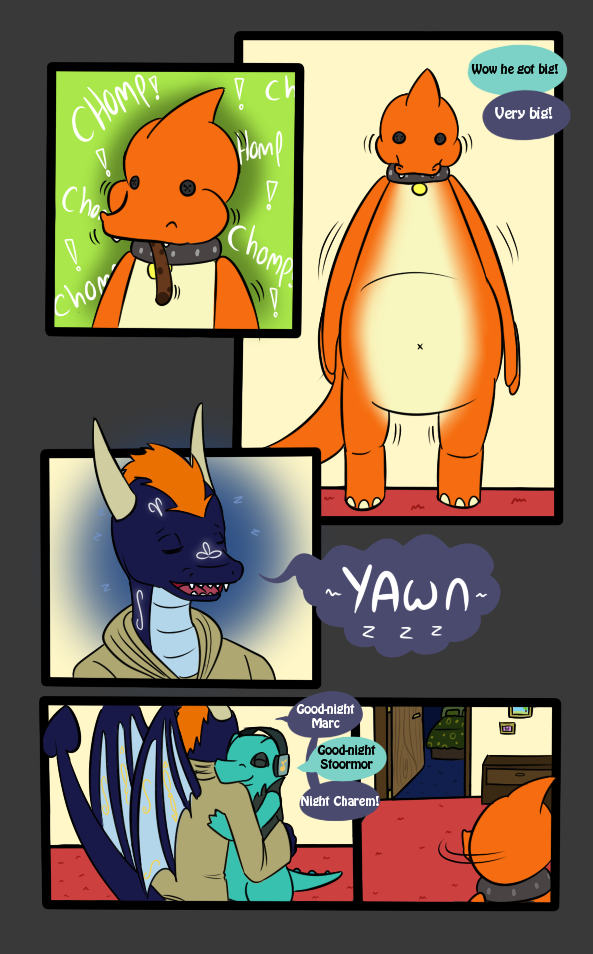 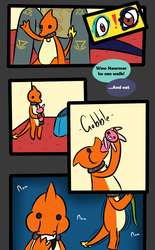 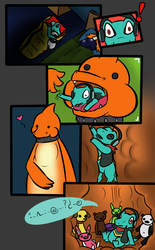 In due time, the Charem plush had run out of other plushies to eat - and now stood larger than Stoormor could stand, even on his tip-toes! But the Charmeleon seemed sated and content for now, grown as giant and fat as it had.

Marc and Stoormor were not mad by the animate toy's actions. Really, one giant plushie, not to mention a 'living' one, was far better than any of the smaller, less-lively dolls now stuffed into its gut. Plus, neither of the two flesh-and-blood creatures felt terribly energetic to argue anyways; it was getting late, and getting to sleep sounded like a good idea to both of them.

The two friends both headed to Stoormor's bedroom, saying their good-nights to each other, as well as Charem, as they did. The Charmeleon, though, seemed satisfied to rest in the living room, perhaps following the example of the two creatures laying down in their beds.

But of course, plushies really have no reason or need to sleep... After a while, the firelizard doll stood up again, feeling restless...