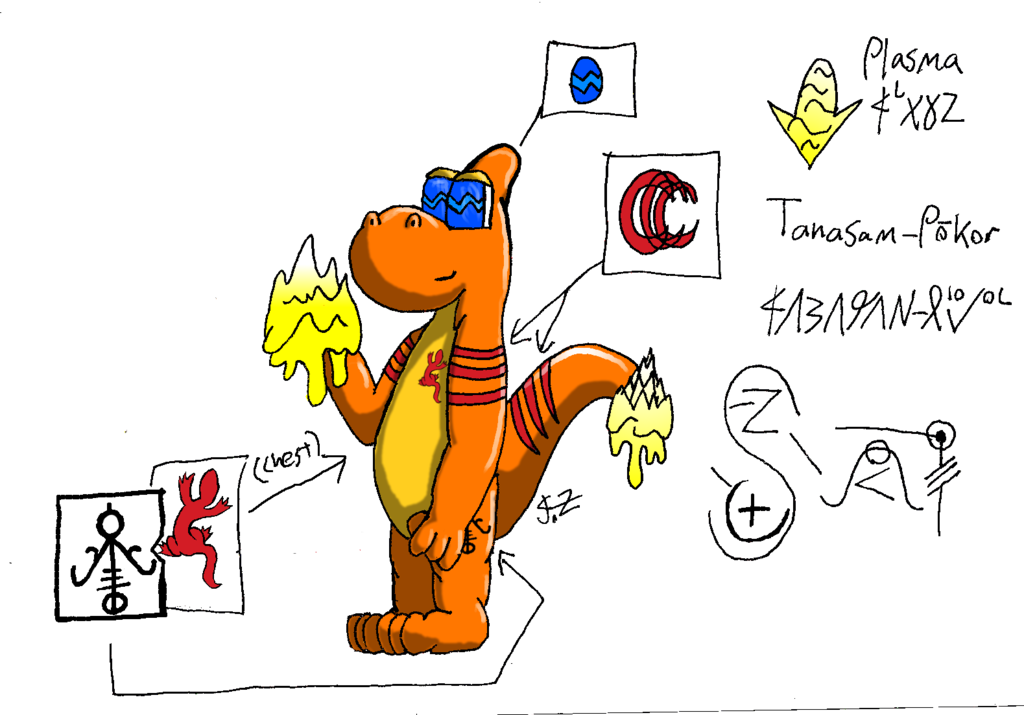 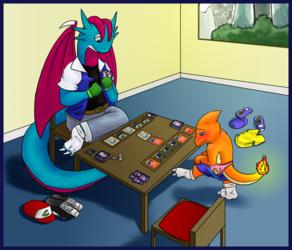 supameep drew up this alt form for me, as a tantar, a species of his own creation (that he happens to be too!). ^^ He's REALLY given a lot of detail into his species, even giving a big 'ol elemental list for them that, while complex, makes a lot of sense too! (See it here: http://www.furaffinity.net/view/7946718/ )

My own tantar element is Plasma, or Trebl in the tantar language. It is the element of the high energy fluid stars are made of, and explosions. Having such a high amount of explosive energy, Plasma-tars, or Treble-Tar-"e , have the ability to not only use plasma as an explosive, but make other objects explode as well, practically turning them into bombs. Plasma is strong against solids like earth and metal, but weak to things that can cool it down and sap it's energy, like Ice and water.

It's interesting that Joshie chose to give me the Plasma element over Fire, but reasonable too; Plasma is an 'evolutionary' element that branches off from its related base element, which is of course Fire. ^^

Oh, and the title of this submission? That'd be my tantar name. Try saying that 10 times fast. ;P (And tanasam p"okor in particular means "Flamey Butt!"