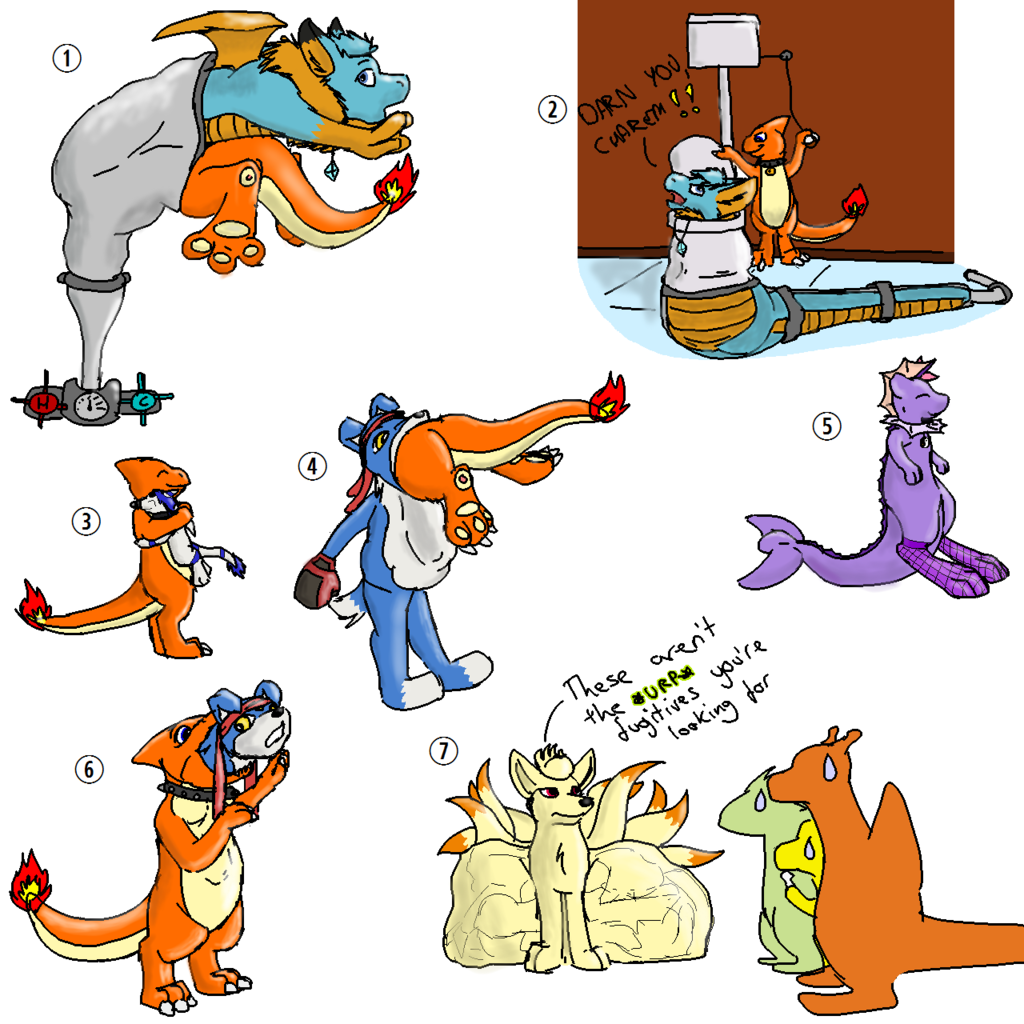 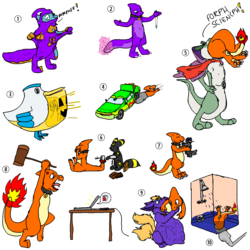 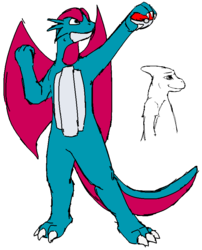 This is the seventh of a bunch of doodle pages that I have collected together, all of which were drawn by   imperfectflame back in the days that he would do random doodle streams. ^..^ I took it upon myself to color a whole bunch of these: all of the ones I was graciously involved in, plus a few others. :3

armaggedondoom kindly swathed a lovely layer of shading/lighting over my colorations as well! AD will be working on the other pages eventually as well; I'll find some way to submit those later.

For better organization, I've numbered everything on each page as well. Here's some short descriptions of each...

Alright! Here we have a play on the Pokemon Mystery Dungeon; with the main Ninetales character 'hiding' the Hero (charem), his partner (:linkdeadbynightfall) and their Absol teammate from Team Alakazam (A Charizard, Alakazam and Tyranitar)