How to Properly Stuff an Umbreon: Part 15 - by IF by Charem 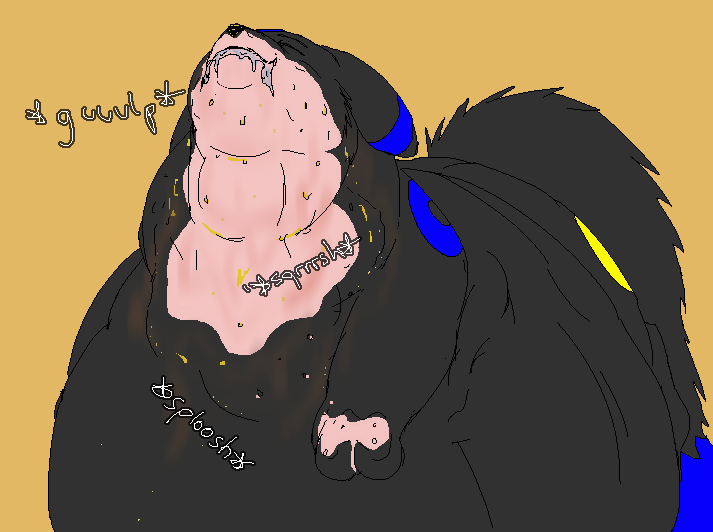 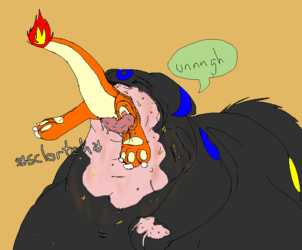 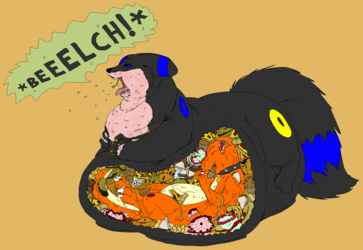 How to Properly Stuff an Umbreon: Part 15 - by IF

Another tilt back of the head was all that was needed. The Umbreon slurped the food's tail down like it was nothing more than a piece of spaghetti, even playing his tongue fearlessly against the fiery yet harmless end. His lips closed - the first time in...a LONG time - right afterward. There was merely one thing left to do.

"Guuulp...!" The final swallow is always the most satisfying, they say. And they, whoever they are, tended to be right...! Flame felt the last of his meal sink past his throat, and grinned a messy, drooly grin as the wriggly food broke into his stomach cavity immediately afterward...

Charem yelped as he was buried head-first in a mountain of mushed-together food, all collected within his predator's gut...and all thanks to him! He dug his way to a more comfortable position within the mound as he reoriented himself, pulling his legs up to slip them out of the throat a bit faster, before laying down with a tired huff amongst the pile of eats. The dim light his tailflame provided showed the Charmeleon how intact all of it mostly was, and just how much cheese, cream, soda, juice, and countless other ingredients were covering his body now. How messy...but, appropriate. He was merely a piece of food to the Umbreon, just like everything else surrounding him... The lizard couldn't help but blush at the thought!