How to Properly Stuff an Umbreon: Part 2 - by IF by Charem 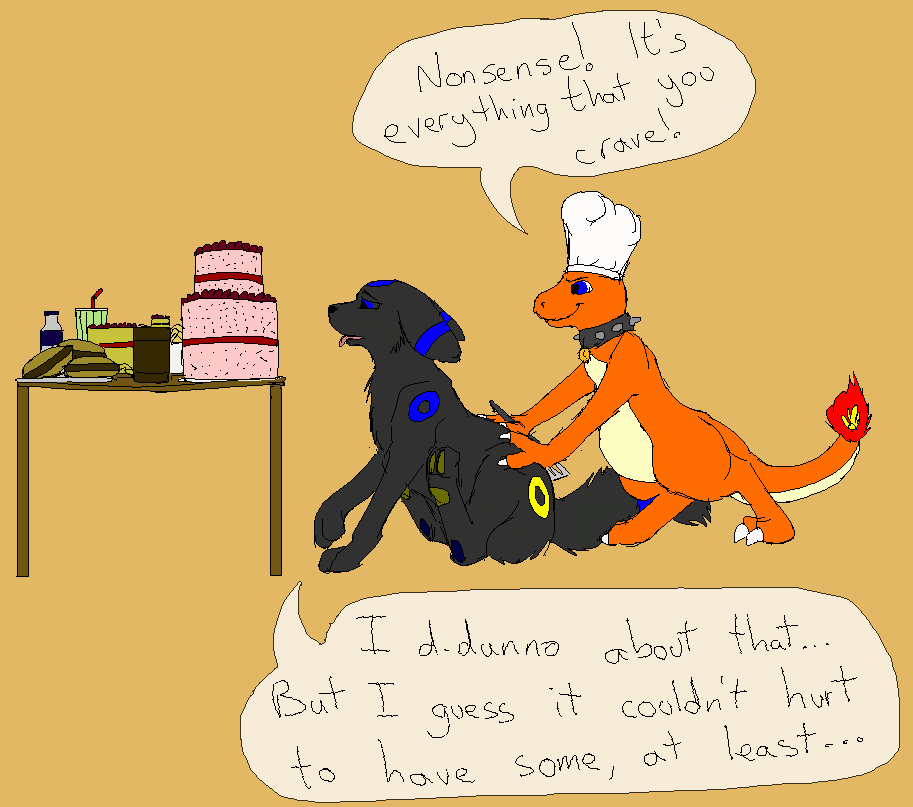 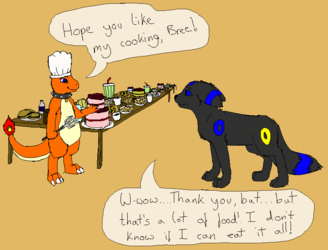 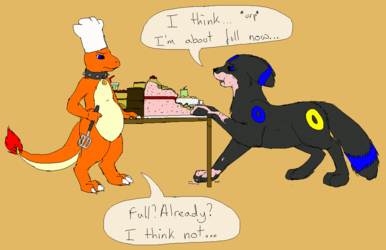 How to Properly Stuff an Umbreon: Part 2 - by IF

However, it seemed that Flame's approach to the table was too tentative for the excited lizard! Charem quickly slipped behind the waffling Umbreon and planted his paws against his friend's rump, scooting the quadruped rather awkwardly forward in front of the nearest food item: a thick, moist, double-layer cake. The dark fox was a bit put off by the unflattering shove, but had to admit the cake looked delicious...

A few bites from this and that couldn't hurt, reasoned Flame. Plus, the Charmeleon did work rather hard to cook all of this food. Surely, if he simply made an effort to eat a bit, that would satisfy his host. Right...?

Lacking any utensils, but figuring that he'd certainly be provided a napkin at some point, Flame sat down in front of the table and brought his forepaws up - and into - the soft side of the cake, scooping up a pawful of the dessert and bringing it to his snout. The strawberry filling, coupled with the fluffy and sweet breading, tasted quite harmonious in the Umbreon's mouth as he dug in, encouraging him to grab another bite, then another...!