How to Properly Stuff an Umbreon: Part 1 - by IF by Charem 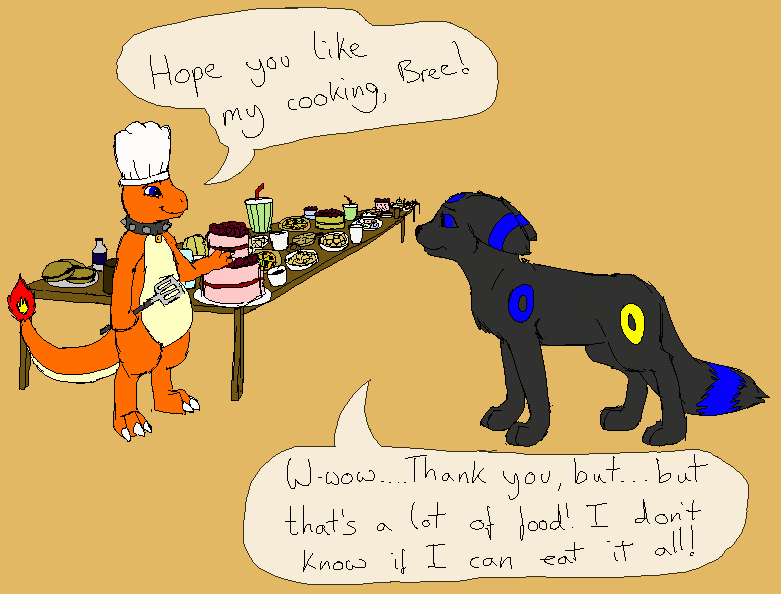 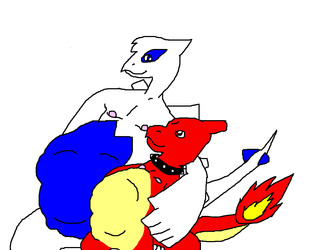 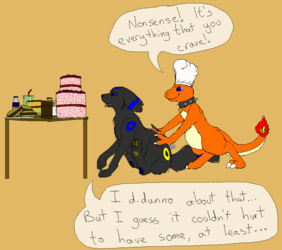 How to Properly Stuff an Umbreon: Part 1 - by IF

Flame the Umbreon was never one to disappoint a friend. When he had received excited word from his pal Charem about a 'gift' for him, the 'bree wasted no time in heading over to the fire-type's home. The advice to 'come hungry' already clued in Flame as to what sort of gift this might be, and he certainly followed the command, arriving right on dinnertime.

The Charmeleon, dressed in a chef hat a wielding a spatula from the moment he opened the front door, seemed quite active as he ushered his friend to the dining room. Obviously enough, a smattering of delicious, home-made foods lined a large table...as Flame had expected. But he had not expected the sheer...amount! The table in question was quite, quite long indeed, quite able and intended to seat a large crowd of people...and food seemed to cover every inch of it!

Yet... The Umbreon glanced around to check. Yes, it was just him and Charem here. Whyever was there so much food...?

The Charmeleon waved towards the food, joyously encouraging his friend to eat. The chef himself seemed content not to eat for now, instead watching Flame expectantly... The Umbreon was polite as always, if more than a little unsure about the situation, and approached the table...