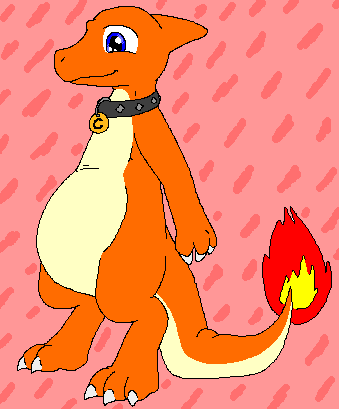 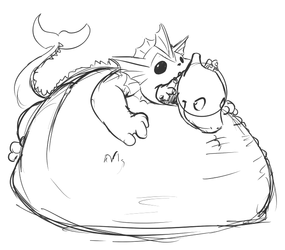 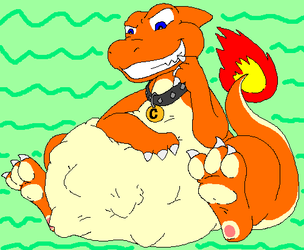 A cute Charmeleon need not do anything in particular to BE cute... He or she simply has to be themselves, and they'll exude cuteness naturally. ...I'd like to think I do this as well, most of the time. <3

This simply-adorable image was drawn by the ever-talented Forbic. =3 He's a furry you don't see all that often - he prefers to draw just for friends and doesn't really base himself at any art websites. He's quite an amiable fellow if you run into him on IMs though, like I have had the privilege of doing. <3

I suggested a collaboration to Forbic, and he agreed to the idea. This was the first of two 'test drawings' he did just to practice my character...and even as a first attempt, it's extremely accurate to both my physical appearance and countenance. ^..^

I gave this image a quick color job and BG using the same program Forbic uses to draw in: MSPaint. He's quite amazing with such a basic program, I have to say. =3

I do have a question for all of you though. I've been drawn both plantigrade (human-style feet) and digitgrade (like in this picture) at times, and I'm simply curious: which foot-style do you all like better on me? =3~