Heaven is a Soda Fountain - by Saphiros & Me by Charem 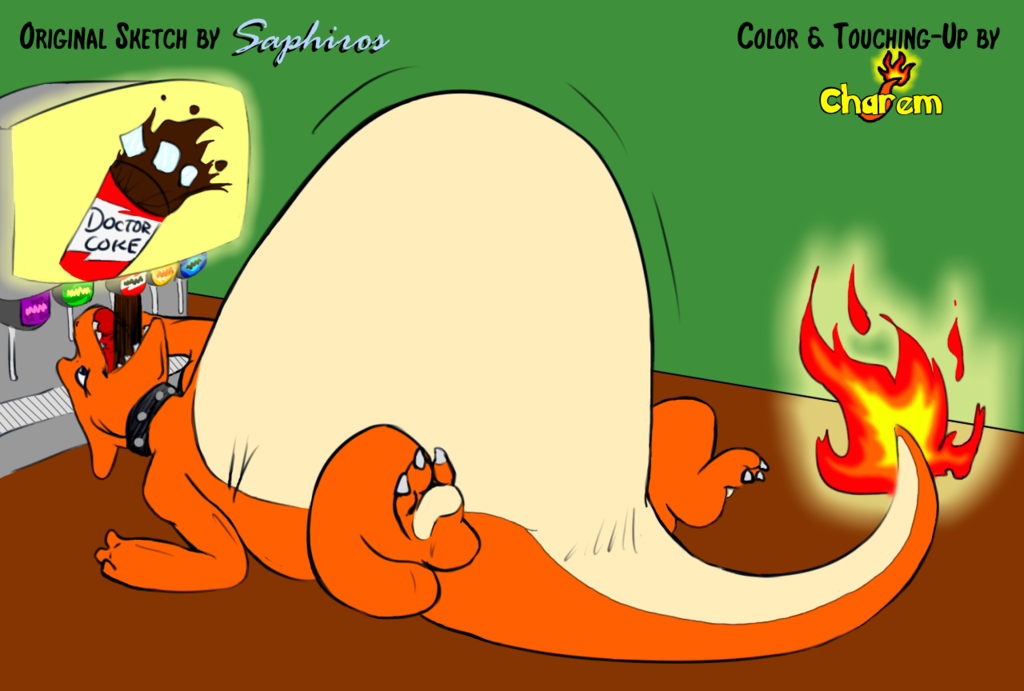 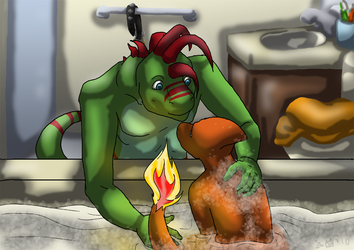 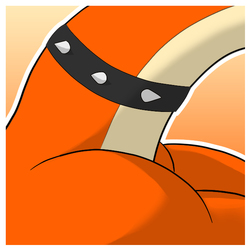 Heaven is a Soda Fountain - by Saphiros & Me

Soda! The wonderful miracle drink! Goes down fizzy and crisp, and makes the stomach all bubbly-happy! ...I love soda, and always have. =3~ And while it is quite good in a can or in a bottle, neither can beat the taste of that sugary goodness coming straight from the tap - the fountain machine tap, that is! The carbonated water and sweet syrups mix together mere moments before they spray in a colorful stream from the nozzle, giving you an absolutely-fresh taste! ^..^

The only problem with soda fountains is that the tasty outpourings of liquid tend to lose their fizz by the time you've filled up a cup...especially if you have to waste extra time waiting for the foamy surface to settle down before you can put a lid onto it. And then the straw...well, the straw can never give you the same flow that the machine nozzle itself can give... So I asked myself, why even bother wasting time and energy with a cup?

And thus I went down to my local convenience store to 'test' my theory. The counter their soda machine was quite large, and I had no trouble climbing up to the machine itself... I layed back, setting my head partly on the metal grill under the soda nozzles, my head getting somewhat sticky from the spilled soda that had collected on the grill and in the tray below it... I didn't mind, however - getting the freshest taste sometimes meant you had to get a little messy! I opened my maw under the nearest nozzle - Lemon Lime! -, and with a careful push of the lever...!

The cold flow of pop sprayed out hurredly, the initial spray lightly splashing my face with the sugar-drink. I swallowed hard, refusing to allow the pool of greenish fluid in my mouth to overflow and escape my thirst! "Glug!...Gulp!...Glurk!..." It was hard to keep up, but I refused to let go of that lever until that nozzle had nothing left to give!

And while it took some time for the supply to wain, it still seemed too soon when the nozzle hissed emptily, nothing but a spray of air exiting it. I whined a bit, patting my significantly-larger and wobbly-er gut...before moving my head slightly to the left. Hellooooo there, Grape Soda...!

Several drained spouts later... I burped loudly, an ungodly amount of bubbly pressure contained within my now-towering belly. But while a bit comfortable, the pressure was wonderful and fulfilling at the same time...extra-fulfilling, considering that the caffeine in soda can actually help make the stomach feel full!

But there was one spout yet to drain... I had saved the best for last: the cola! That deep-brown, extra-caffeinated, extra-crisp elixir...easily my favorite type of pop! I nudged my head under the middle spout housing that delicious mix, having to struggle to even move that much under my wobblingly-huge stomach-weight, my body rocking back and forth with the liquid-stuffed gut. Eventually, I was ready. I opened my by-now very sweet-smelling maw, my tongue wriggling in anticipation as my paw once again pushed a level to unleash...!

"Ahhhhhh~" I sighed happily. Or I would have sighed happily, had I not been gulping furiously to contain the heavy flow of dark-colored, full-bodied liquid gushing into my gaped-open snout. My throat strained to glug down the sweet-drink as quickly as it could, while also fighting back the highly-pressurized contents of my stomach from going the other direction! But I was a determined Charmeleon, and not one to be told he was 'too full' for anything!

I grinned cockily as the final supply of the machine's soda continued flowing into my gut, squirming my legs and wriggling my toes and waggling my tail to shrug off the slight pain associated with my about-to-burst state, and also to express my delight of the events... I was rightfully excited about the whole situation!

And soon, the by-now familiar sound of a hissing nozzle, coupled with the spray of air into my face, told me that my beverage supply was finally...out! I closed my maw, a good lake of cola still remaining in my maw. Like a wine connoisseur mulling over the taste of an excellent year of Chateau Margaux, I swished my tongue through the rich drink, rolling it all about my mouth, pushing it to one cheek and then the other...and finally, with my taste and thirst finally sated...

The last of the cola bulged down my throat, fizzing all the way down, before it was happily packed into my already overstocked belly. My gut wobbled, bubbled and gurgled noisily, a mix of digestion and the activity of the bubbly sodas mixing together in a delightful symphony of sound.

Hmm...this was perhaps the most interesting way to mix a 'soda graveyard' that I'd ever come up with!

Oooh-hoo-hoo I love this picture. <3 I noticed   Saphiros doing an Iron Artist Sketch Challenge and went ahead and bought a slot. He drew me a lovely sketch just as I had asked it (you can see the original sketch here).

It was just too adorable... n..n Too adorable to leave just a sketch too! So, inspired, I buckled down and started my work on the picture. I started by cleaning up the sketch carefully, then I drew in a bunch of lines - to connect a few gaps here, to fix a detail there, and so on. Finally, I colored, and then decided to experiment with glow effects. My tailflame is nothing terribly special, but I am quite pleased with the soda machine's back-lit display glow. <3

I requested this particular picture after remembering a comment I had received IRL. I've always liked soda a ton, and somebody once jokingly commented that I could probably drain a soda machine with how much soda I liked to guzzle. So...I had to prove them right, of course! ;3~

And, now, I offer it up on this New Year's Eve...Day! ^.^ Because why not send off the old year with a nice full belly? You may all drink alcohol on this occasion, but I think it's quite obvious that I'm fine with just a bit of - well, a LOT of - soda!