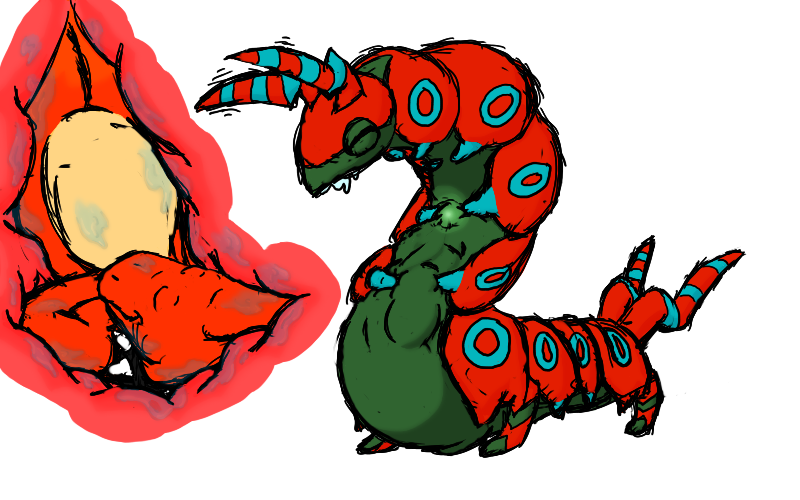 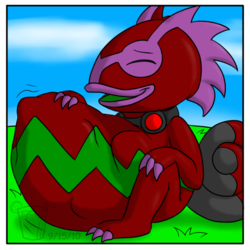 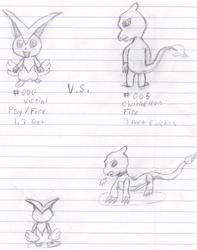 Down the Bug's Long Gullet - by EmuSal

Normally I would feel a bit embarrassed, letting myself be eaten by a bug like this. >.> But Pendoraa (or Pendolar, as   Guan more properly translated it) isn't exactly a pushover either. Standing at 8ft 2in, this centipede-like fellow actually dwarfs most of the non-legendary Isshu Pokemon - as well as a few of the legendaries themselves. o..o So yeah, this bug is pretty cool...and likely only sees my little self as a snack. ^^;;

Yay! The first picture that has me and an Isshu Pokemon innit together. :3~ Vorish too, of course! This is #545 Pendoraa/Pendolar. This is also the centipede's debut in vore, as far as I can tell. I think he deserves to eat moar Pokemon though. ;P I mean, he's big! And cool! I like bugs now! x3~ (Not exactly true; I've had secret interests in certain bugs for years.) This is also a shiny version of Pendolar, as I like the solid red he has in shiny form a lot more. =3

This lovely little picture was laboriously worked on by Reed, who totally did not have to color this and add drool but did it anyways. ^..^; You're too awesome man!

(Is it just me, or have I been posting a lot of clean vore lately? o.o Odd change-up.)