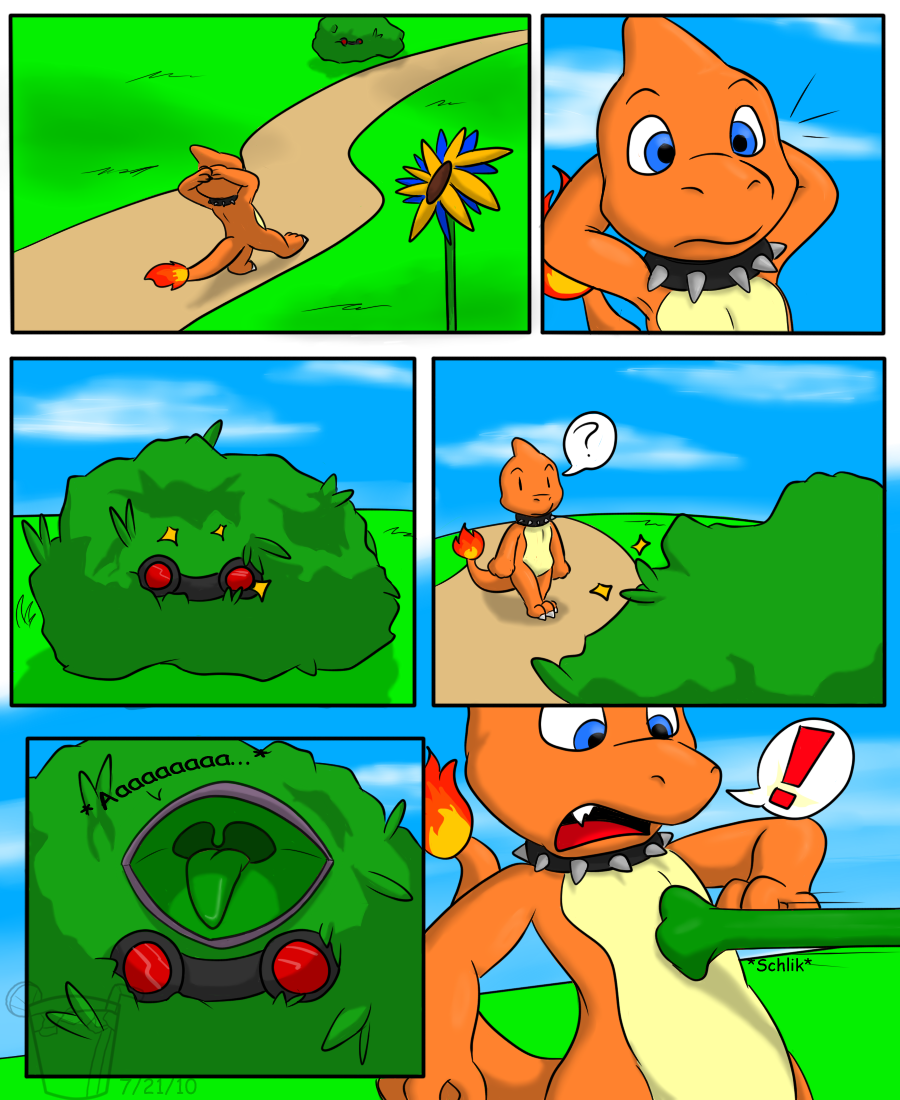 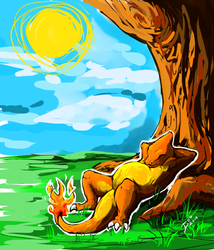 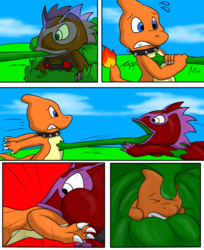 So there I was, walking along...it was a beautiful day. The bright sun easily gleamed off something in a nearby bush, however... Goggles? They appeared unowned, and looked quite neat. Perhaps if I hadn't been thinking about grabbing them, I would have sooner noticed the shifting outline that hid in front of the foliage, the goggles shifting ever so slightly with its movement... I barely saw the big green mouth that had 'fazed in' before its tongue shot straight at me, sticking to me like velcro! Was I being attacked by a Char-eating bush??

This AWWWWWWWWWWESOME comic commission was drawn by   Dweet-Tea. ^..^ It stars me and...a mystery Pokemon! =O (  emusal!)