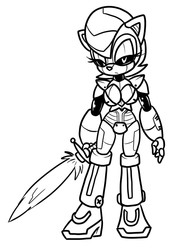 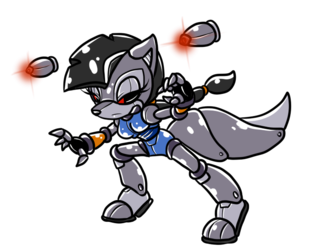 For Lent this year, every day I will draw a Sonic character roboticized. Because, hey, it's what I'm known for, right?

CHARACTER: Rouge the Bat
She's been used by G.U.N for various missions. Used by the Freedom Fighters to aid them in whatever intelligence they needed. Even used by the Eggman Empire for some reason or another. So when it came time for her to be roboticized, it was decided that she should keep on being used. A puppet for whoever winds her key. For you see, when you've stepped on as many toes as she has, you can expect a bit of backlash.

(Yes, it still counts as a robot, so shaddup. XD )