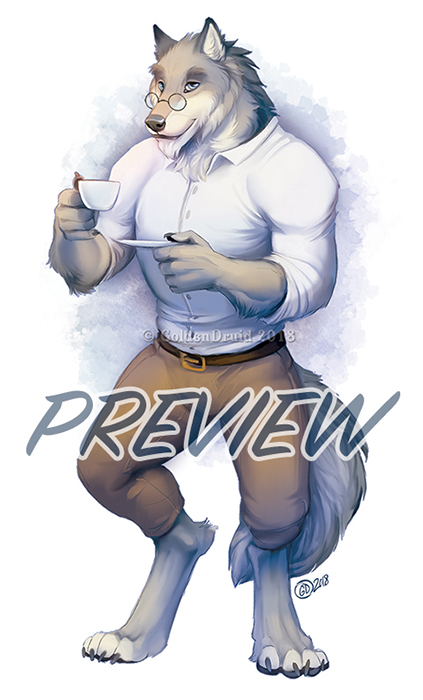 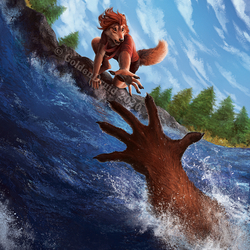 Here's the preview I received of Chass, the second mate aboard the pirate ship [i]Wisp[/i] Chass is a very big vykati, although there are a few even larger. The elves refer to him as "the monster," which is ironic because he's your archetypical gentle giant, unless you threaten Sajani. Later in life the press refers to him as her bodyguard. Chass in the only member of the crew to make an appearence in the prequel trilogy.

I often get asked how tall he is. He's 8'4" and is more than 3 feet across the shoulders. I haven't done an actual weight calculation for him like I have for Sajani, but at a guess, he probably weighs somewhere around 400 pounds. Picture that with a rifle in his hand and a huge dagger at his side and even if he does have a smile on his face (maybe even more so if he does, come to think of it), you'd be scared.

I'm pretty sure I've mentioned before that he's one of a few main characters that pushed his way into being a main character. He was intended to be an occassional minor member of the crew, but I decided I really like him and he became the second mate. His sudden promotion came about because he was hard working, smart, and there was no way any member of the crew would ever challenge him over anything, even knowing how nice he really is.

Also along the lines of artistic stuff. There will never be another character in the novels I write that's taller than Sajani. Sajani is seven feet tall and is meant to appear larger than life.

Chass is the representation of tempered masculinity. Each of the main characters in the books has a defining trait that they represent. Sajani is hope. Tess is spontaneity. Benayle is redemption. Chass is loyalty.